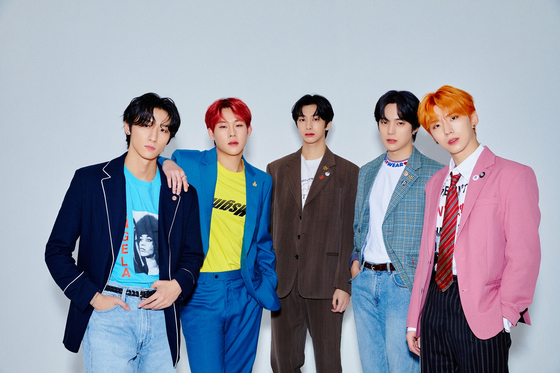 The English-lyric album conveys the message that “we have been through an eventful 2021, but we are still all connected via music,” the boy band’s agency Starship Entertainment said on the same day.

The lead track “You Problem” is an upbeat disco number. The other nine tracks are “One Day,” “Tied to Your Body,” “Better,” “Whispers in the Dark,” “Blame Me,” “Secrets,” “About Last Night,” “Blow Your Mind” and "The Dreaming."

Monsta X’s first full-length album released in the United States was “All About Luv” (2020).