A group representing shareholders of Celltrion staged a protest in front of Celltrion’s headquarters in Yeonsu District, Incheon, urging the company to come up with measures to better represent their interests, on Nov. 29. [GROUP OF CELLTRION'S MINORITY SHAREHOLDERS]


A shareholder revolt is brewing at Celltrion as its shares have lost almost half their value in a year and management has been ignoring pleas from owners of the stock.

The drop comes despite a relatively strong index and the company's development of Regkirona, a therapy that treats Covid-19 and has been ordered by 18 countries. It also comes as Celltrion works to pull off a dramatic merger of related companies.

On Nov. 29, representatives of shareholders owning about a tenth of Celltrion staged a protest in front of the company's headquarters in Yeonsu District, Incheon. They urged management to do something about the falling stock price and to better serve the interest of shareholders.

The Kospi is up almost 10 percent over the past year.

"While the shares are falling continuously, the current CEO remains indifferent," the group said in a statement. "The company has not been responding our requests, or even clearly explaining their stance, even if the shares have dropped nearly 50 percent compared to the highest point." 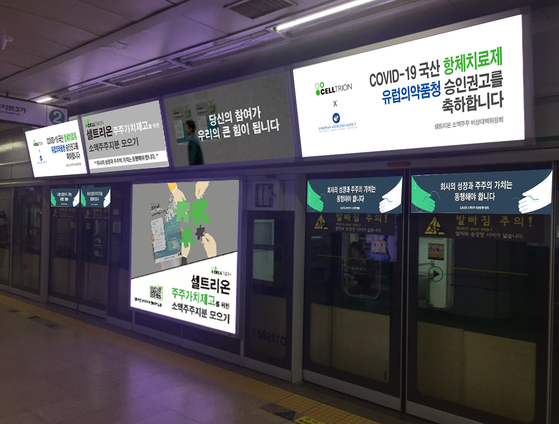 The group, organized on a Thinkpool chat site, aims to get the support of shareholders owning 37 percent of the company, which would give it enough power to open a shareholder meeting and question executives in charge, including the CEO.

So far, the group has the support of shareholders owning about 10 percent of the company.

"We've been showing full support and love toward Celltrion since 2018. We believe the attitude the company has been showing is deceitful," the group continued in the statement. "We will try to have negotiations with the company, but if that fails, we will make ourselves heard at the next shareholder meeting."

Concerns center on whether Celltrion Healthcare and Celltrion Pharm, which are marketing companies that handle the sale of Celltrion products, are illegally profiting from transactions with the pharmaceutical manufacturer. The FSS confirmed that it has handed its findings to the FSC for further deliberation.

"The FSS's investigation, which first started April 2018, reviewed about 10 years of financial statements of the companies. Celltrion has actively been explaining our stances regarding the suspicions," Celltrion said in a statement. "On the remaining suspicions, we can also explain them with evidence and opinions from related experts from outside." 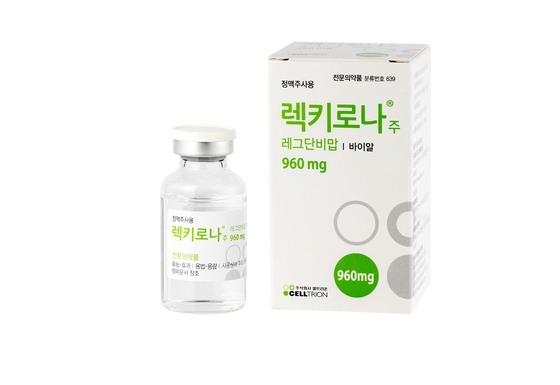 The FSS investigation and the shareholder discontent come as a major consolidation is in the works.

"We agree with the plan of merging the three companies, but it only should be done considering the benefits of the shareholders," the head of the group wrote on Thinkpool.