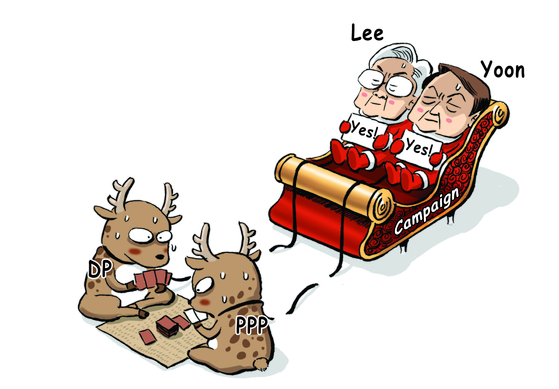 After the suicide last week of Yoo Han-ki — former president of Seongnam Development Corporation and a key figure behind the Daejang-dong development scandal when Democratic Party (DP) presidential candidate Lee Jae-myung was Seongnam mayor — both Lee and his rival Yoon Suk-yeol of the opposition People Power Party (PPP) demanded the appointment of a special prosecutor to investigate the case. But the two parties are carefully weighing the impact of a special probe on the prosepct of their candidates’ victory in the March 9 election. [PARK YONG-SEOK]