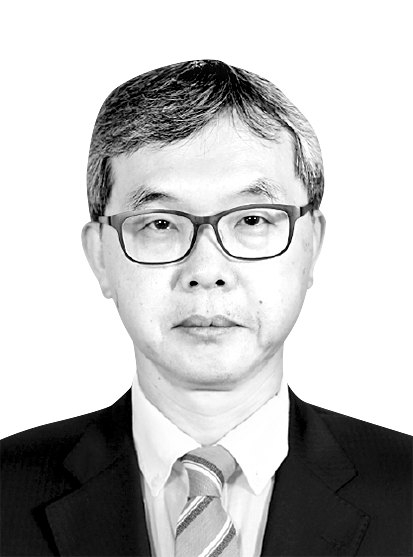 The author is former director of management strategy at Samsung Economic Research Institute.


The metaverse is the talk of the town. But it’s not easy to pinpoint the identity of the phenomenon because it is not only a “revolutionary” technology but also a technology that sucks up all new technologies from the fourth industrial revolution. As a result, the definition of the metaverse varies from expert to expert just like blind men touching an elephant. Let me describe the marvelous universe in non-technological terms as much as possible.

The metaverse is about sharing dreams. In real life, you can share your dream only after waking up from the dream — and indirectly. But in the metaverse, you can dream any dreams collectively — sometimes with millions of people at the same time. It all started with online games, where a multitude of people could connect by controlling game characters through the keyboards or mouse before them. In the metaverse, you get more immersed in activities as your sensibilities are further augmented through cutting-edge devises aimed at turning a two-dimension stage into a 3D stage and embodying breathtaking visuals just like science fiction films. A VR headset or haptic gloves allow you to enter the virtual world and experience the three-dimension wonderland.

Everyone has certainly dreamt a fanciful and colorful dream in real life. But you can’t do it always. The metaverse allows you to dream it whenever you want to. Just like cars and airplanes bring you to faraway places, the metaverse can bring you to any places you could not imagine before.

That’s not all. The metaverse is not a one-way path from reality to dream as its value grows more on a return to reality from the dream. In real life, dreams have such positive functions as treatment, learning and striking a brilliant idea. But the metaverse can reinforce such functions through the so-called “digital twin technology,” which replicates the physical world in a virtual world. Singapore re-created the whole city state in a digital space. In the smart city, the government can control traffic conditions and simulate the repercussions and countermeasures for natural disasters.

Another unnoticed huge territory of possibility is non-fungible tokens (NFT) — digital assets that can be bought and sold like any other real piece of property. Coupled with the accreditation technology, the metaverse proved its potential to create enormous economic values. Moreover, virtual technology can be applied to real assets like art, properties and natural resources. As the technology goes beyond the level of digital twins, real assets can be traded in the metaverse. For instance, you can purchase a 0.1 percent stake in a town house in New York and collect rent from the deal. 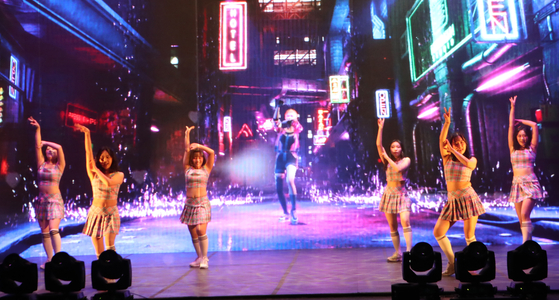 A mixed-reality performance by real and AI idols at an art hall at Dongseo University in Busan on November 29. [SONG BONG-GEUN]

In fact, NFT for real assets can flourish more in underdeveloped countries, rather than for ultra-expensive real estate in metropolitan cities. Hernando de Soto, a prominent Peruvian economist, noticed a pitiless depreciation of assets in underdeveloped economies due to a lack of effective property ownership systems there. If you work hard and cannot exercise your property rights properly, there is no motivation to work harder.

If NFTs can be applied for real assets, you can address the problem of underdevelopment in a revolutionary way. One-point-seven billion people around the world do not have bank accounts. They have a long way to go until the establishment of the banking, security and judiciary systems. Metaverse-related technologies can resolve the problem efficiently.

The amazing power of a collective dream is proven by history. Hebraism and Hellenism — two major sources of the Western civilization — originated from collective dreams and myths of the Jews and the Greeks. Even after they were conquered and held captives by powerful neighbors, they did not forget their dreams. The metaverse is not simply an investment destination, but a dream for a horizontal society that works by digital technology even without a centralized power. I dream the days, when Korea, a digital power now, leads a crusade for the development of the metaverse on the front line.