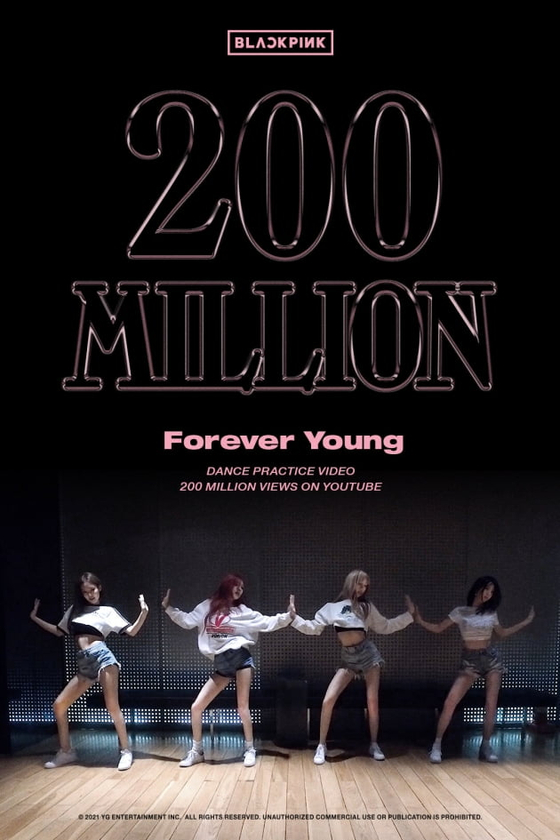 
Blackpink's choreography video of its single "Forever Young" has been viewed more than 200 million times on YouTube, according to YG Entertainment on Monday.

The girl group achieved the milestone some three years and five months after the video was first uploaded.

"Forever Young" is one of the double lead tracks the group dropped as part of its first EP “Square Up,” released in 2018.

The group has the most subscribers on YouTube for an artist with over 70 million.