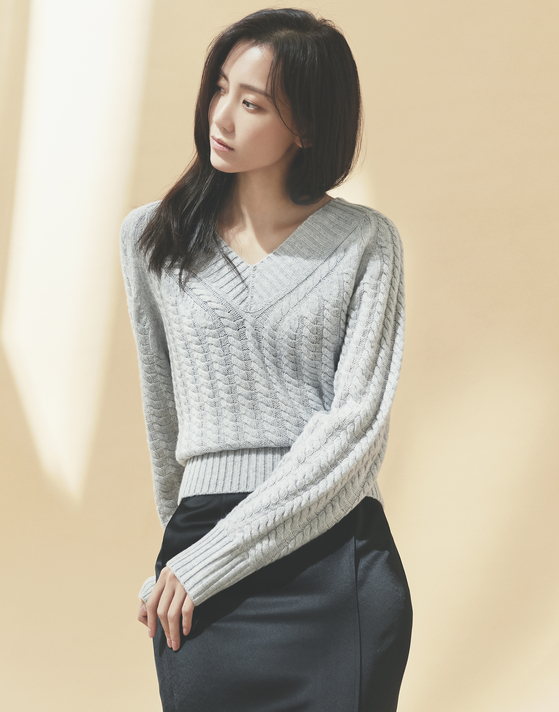 She simultaneously filmed two television series — reprising her role as the quiet and responsible resident Jang Gyeo-ul, who is now romantically involved with doctor Ahn Jeong-won (played by actor Yoo Yeon-seok) in season 2 of popular tvN television series “Hospital Playlist” and also playing Goo Hae-won, who is determined to get revenge on Jung Hee-joo (played by actor Go Hyun-jung) in JTBC’s “Reflection of You.”

Although it wasn’t easy, Shin told the Ilgan Sports, an affiliate of the Korea JoongAng Daily, that she found going to set cathartic as her castmates and crew were so considerate of her situation.

Shin debuted in 2010 in the film “He’s On Duty” (2010) and since then has consistently played a variety of characters until she started to land lead roles alongside veteran actors like Go Hyun-jung. The following are edited excerpts from the interview. 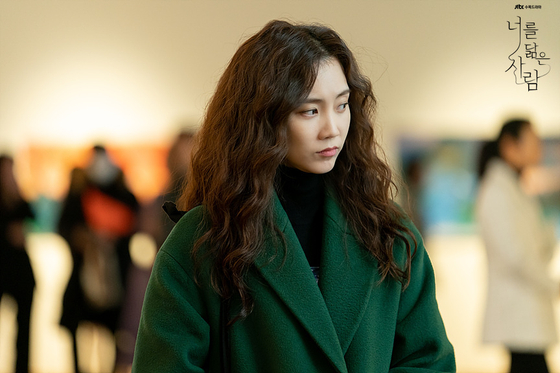 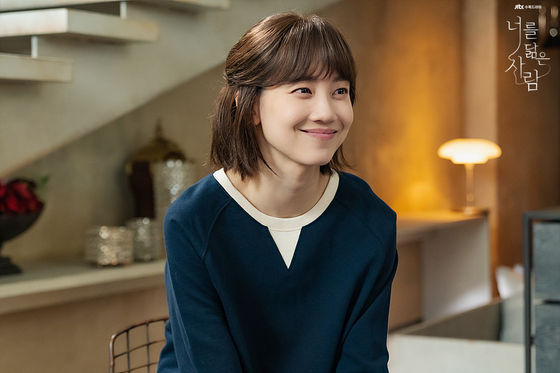 Shin Hyun-been as Hae-won who is close friends with Hee-joo (played by Go Hyun-jung). After Hee-joo betrays her, Hae-won is determined to get revenge. [JTBC]


Q. How do you feel about “Reflection of You” coming to an end?

A. While there was depth to the story, the filming itself was a happy experience for me. I lived the life of an insecure person [as Hae-won], but I feel like I shared a lot of good memories with good people thanks to the series.


Did you find yourself under pressure, physically or emotionally, portraying two characters at the same time?

Going to set was therapeutic for me. Since I was juggling two roles, I was physically exhausted, but the people around me were very considerate about my situation so I managed to pull off the roles without that much struggle. I’m grateful for that.
I was [however], worried because I didn’t want people to see them [Hae-won and Gyeo-ul] as the same person. The narratives and the characters are completely different so I was worried about how people would perceive the two characters, but it turned out not to be as much of a problem as I thought it might be.


You said that you wanted to portray Hae-won as a "green monster.” [Viewers associate the character with the green coat she wore throughout the series.]

Hae-won is an unpredictable person. She suddenly appears and disappears just as suddenly. We don’t know what she’ll do, so it felt like she wasn’t real, even though she was right in front of you. I deliberated a lot on how to be unpredictable, but Go was so good at looking surprised whenever I appeared that it emphasized what we wanted to portray through Hae-won. 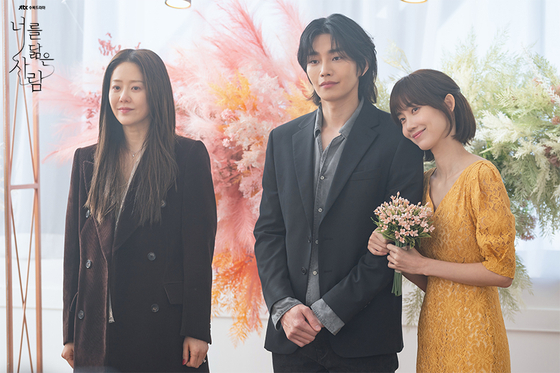 
How was your chemistry with Go?

[Despite the serious atmosphere] there were a lot of funny moments when we were filming the scenes. People have asked me was it difficult to portray the serious scenes where we were supposed to be feeling anguish or troubled, but a lot of the times we were joking around in rehearsals. However, when the cameras started rolling we'd immediately snap out of it. [The filming] was so enjoyable to the extent that I grew worried that if the behind-the-scene footage showed us looking so happy, people would think our acting wasn't genuine.


What was your most memorable scene?

When I filmed a long scene with Hee-joo at the start of the project, I was so relieved because I felt like I had resolved all my stress. Also, due to our schedules, at the beginning of filming we successively shot the endings for the first four episodes. I think it made us more focused on the narrative because we filmed the difficult scenes so early on. 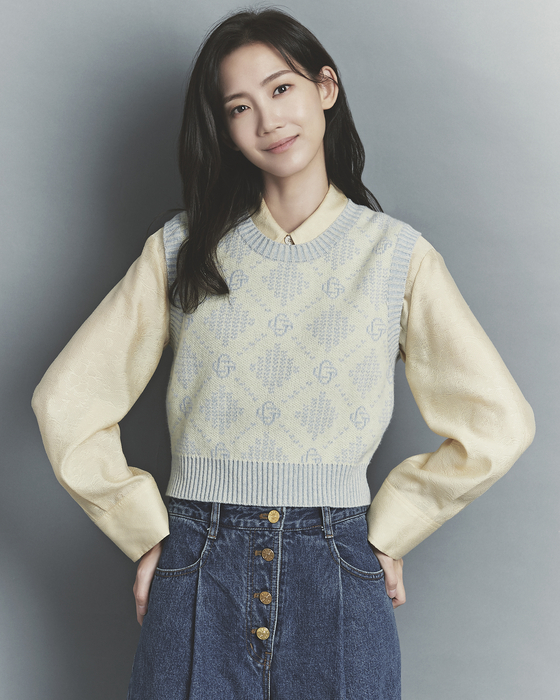 
Did you find it difficult to relate to Hae-won’s state of emotions?

This character isn’t the type of person who vents her emotions, such as yells or cries when she wants to. She also has to mirror someone who seems to have lost all hope. I discussed a lot with the director about the degree to which I should express her feelings. I think I related to this character even more because of such fatigue. She thinks of Hee-joo as a mother figure more than her real mother, and Woo-jae is a friend and a boyfriend but when she realizes that both of them betrayed her, then could she really just say “I will continue to live my life”? Of course, I do not think that her behaviors are justifiable, but I did sympathize with her feelings. She wanted an apology. She wants to hear that what they’ve done is wrong, and for them to say that they’re sorry but when she keeps being told that she is being delusional, she lashes out.


How similar do you think you are to Gyeo-ul from “Hospital Playlist” and Hae-won from “Reflection of You”?

I'm not that similar to the current Hae-won but if she was the cheery version of herself like in the past then I think her and I are a lot more alike. I am both similar to and different from Gyeo-ul but since these are characters that I’ve created I think a part of me is in both of them.


You've already decided on your next project.

I was lucky with the timing, I guess, but yes, I will be filming for the upcoming JTBC drama series “The Youngest Son of the Chaebol Family” (translated) until next year and it will be aired after that. I’ve already finished with Tving original series “Monstrous” (working title). I will try to portray the distinctive features about each of my characters so that those who see me in different projects won’t tire of me.


Do you have any films or series in mind that you'd like to try your hand at?

I think I become more interested in the project when I am curious and interested in the prospective character. I want to work on projects that can arouse curiosity and imagination, that can be through a story or even a character. I want to do something that people aren’t used to, genres that I haven’t tried before, but things don't always turn out the way that I want (laughs).


Do your friends keep track of your work?

I watched the last episode [of "Reflection of You"] with [actor Han] Hyo-joo. We talked a lot about it and she also shared posts about the series on her social media. Moreover, Hyo-joo’s mother was an avid fan of this series and always watched the episodes as soon as they aired. She was such a precious viewer for me. [Actor Choi] Hee-seo also watched the series when she had time and sent me text messages. [Actor Ahn] Eun-jin also gave me lots of comments during her spare time even though she is really busy nowadays. [Actor Jeon] Mi-do said that she recently began to binge-watch the series and had reached episode 8. I’m so happy that they seemed to be enjoying the series and I’m relieved too.