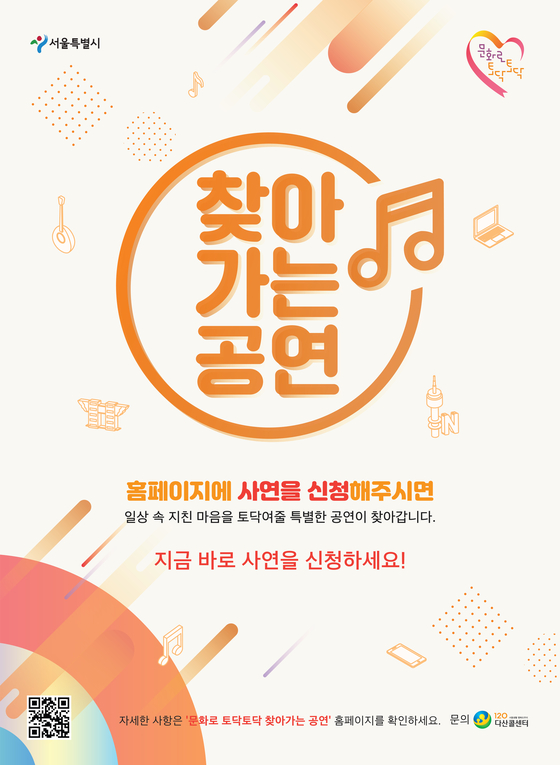 A poster for the "Munhwaro Todaktodak" project. [SEOUL METROPOLITAN GOVERNMENT]


The City of Seoul and the Korean Culture and Information Service (KOCIS) are partnering to air videos promoting the culture of the capital to global audiences from Tuesday.

The Seoul Metropolitan Government announced Sunday that 37 video clips showing the culture of the capital city will be aired via the KOCIS’ YouTube channel's livestreaming video "Korea, 24/7 Streaming" (youtube.com/GatewayToKorea/live) through a business partnership between the city government and KOCIS.

"Korea, 24/7 Streaming" offers clips about Korean culture for people around the world, with its cumulative number of views reaching 1.5 million. Viewers can watch the videos and actively interact through a live stream chat.

The 37 videos to be aired live are from the project "Munhwaro Todaktodak" by the Seoul Metropolitan Government. People who miss the live schedule will be able to view the videos on (youtube.com/c/culturetodak).

Launched in 2020, the project is meant for a public worn out by the pandemic, and also offered opportunities to artists who barely had a chance to perform due to the pandemic. Artists took stories sent in by ordinary members of the public and performed songs in locations in Seoul either in person or virtually.

The videos run along two themes. 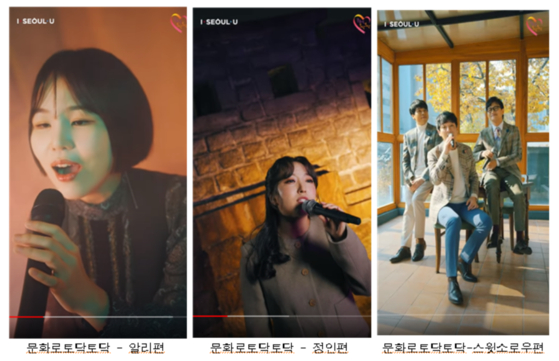 
The first, “Munhwaro Todaktodak - Music,” showcases performances of well-known artists such as Ali, Jung-in and Sweet Sorrow, against the backdrop of Seoul’s cultural attractions of Gyeonghui Palace, the Seoul Wall (Hanyang Fortress) and Donuimun Museum Village.

“Through the business partnership, we are able to deliver videos showing the culture of Seoul to more people around the world interested in Korean culture,” Baek Woon-seok, the director of culture policy division at the Seoul Metropolitan Government, said.

“As these were produced to console citizens exhausted from the Covid-19 pandemic, we hope the videos will be an opportunity for people around the world to be consoled by culture and arts,” Baek said.

Solving a crisis requires a commitment to transparency