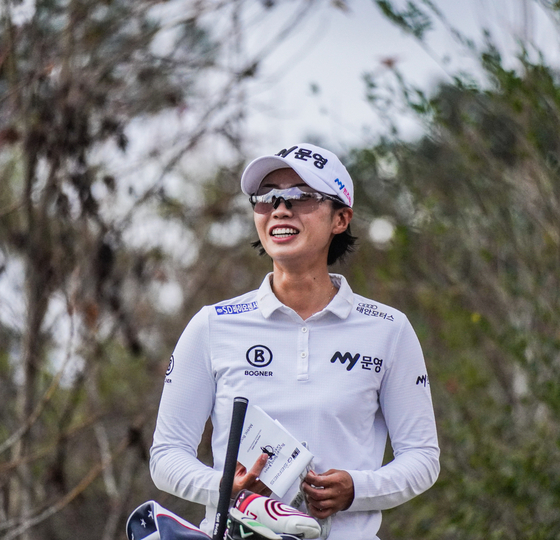 An Na-rin reacts during the seventh round of the LPGA Q-Series on Saturday at Highland Oaks Golf Club in Dothan, Alabama. [LPGA/BEN HARPRING]


An Na-rin finished the two-week LPGA Q-Series on top on Sunday, with Choi Hye-jin and Hong Ye-eun also qualifying for next year's LPGA Tour.

The LPGA Q-Series tournament began in Magnolia Grove in Mobile, Alabama on Dec. 2 then moved to Highland Oaks Golf Club in Dothan, Alabama for the second week.

The cut was made after the first week with the top 70 players and ties advancing. Choi finished the first week second and An third. Scores carried over to the second week and after the eight rounds of play, 46 golfers finished at 4-under-par or better to secure their LPGA Tour card for the 2022 season.

An took first place in her first appearance at an LPGA Q-Series event, carding the lowest score in the final round, a six-under-par, 66, to take the first spot with a total eight-round score of 33-under-par.

An began the final round on Sunday in second place, five strokes behind Pauline Roussin-Bouchard of France. Her strong performance in the eighth round allowed her to edge out the French golfer by just one stroke, becoming the first Korean to top the Q-Series scoreboard since Lee Jeong-eun finished first in 2018.

An's victory at the Q-Series is actually her first win this year. Yet despite missing out on a KLPGA title, she has been on great form.

She has two career KLPGA titles, at the 2020 Autech Carrier Championship and the 2020 Hana Financial Group Championship.

“I think I'm very happy to have won the Q-Series,” An said after her eighth round. “The past two weeks have been physically straining, but I'm happy to have finished on a high note.” 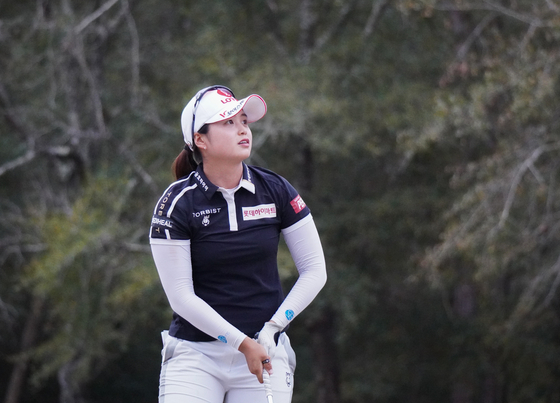 
An is one of 29 Q-Series finishers joining the 2022 LPGA Tour for the first time next year — the remaining 17 players are all re-joining the Tour. Choi and Hong will also join as rookies next year.

Choi finished tied for eighth after carding 17-under-par at the Q-Series. 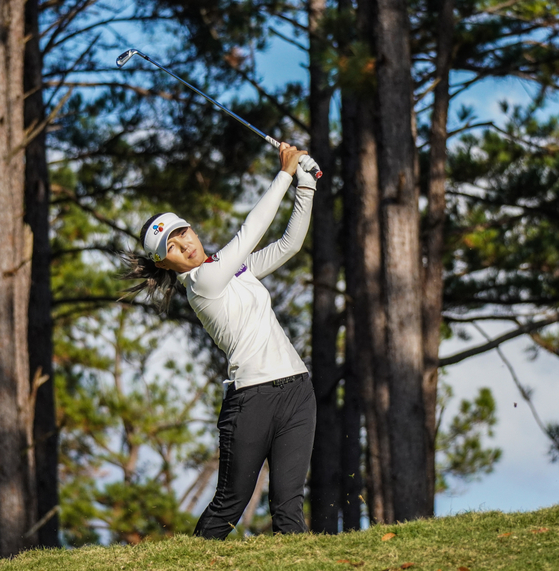 The 19-year-old golfer has only played two KLPGA events, the SK Networks Seokyung Ladies Classic in October and the SK Shieldus-SK Telecom Championship 2021 in November, where she finished 39th and 11th respectively.

Having all finished in the top 20 at the Q-Series, An, Choi and Hong are likely to become regular fixtures on next year’s Tour, alongside other LPGA favorites like Ko Jin-young, Kim Sei-young, Park In-bee and Kim Hyo-joo.