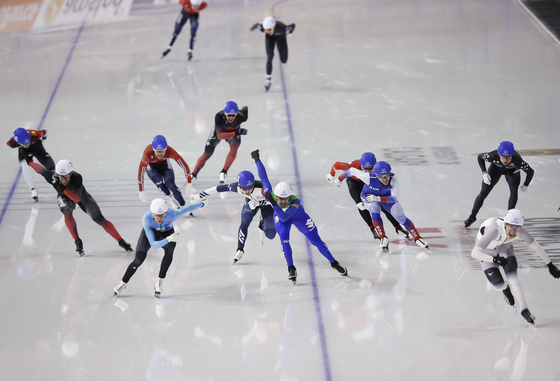 Skaters rush to the finish line in the men's mass start at the ISU World Cup Speed Skating Championships in Calgary, Canada on Saturday. [EPA/YONHAP] 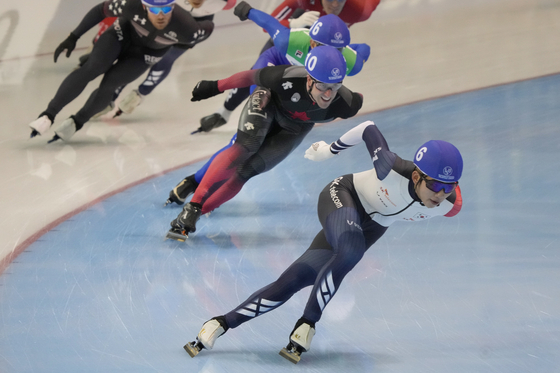 As men’s mass start berths are given to the top 24 athletes from the four World Cups who finish with a time of 1:57.50 or less in the men’s 1500-meter race, Chung and Lee will compete at the men’s mass start at the Beijing Olympics.

The mass start made its Olympic debut at the PyeongChang Winter Games. Unlike other speed skating events, where four to six skaters race simultaneously against the clock, mass start begins with as many as 24 skaters facing off against one another at the same time in a mad dash to complete 16 laps the fastest.

Now that the four World Cup events are finished, the ISU will count World Cup points to pick the top 24 athletes in each event that will be competing at the Beijing Games.