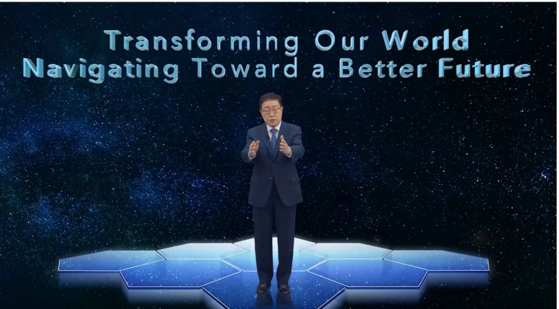 The chairman of the Busan Expo bid committee, Kim Young-ju, emphasized the transitions taking place in today's world including technological and environmental challenges.

He described how Busan offers solutions, including its attempts to transform itself into an environment-friendly international smart city.

Korea’s theme is Transforming Our World, Navigating Toward a Better Future. 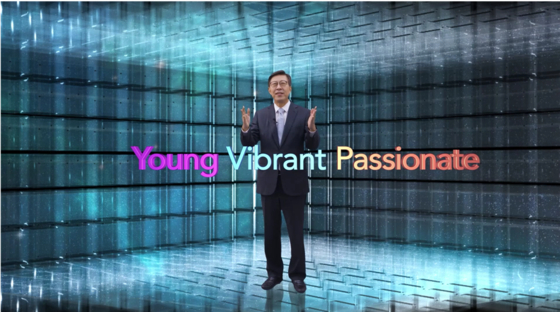 Busan mayor Park Heong-joon said Busan is the strongest candidate to host the World Expo thanks to its experience in hosting international events including an APEC summit in 2005 and the Korea-Asean Summit in 2019.

Busan is also home to one of the biggest annual film festivals in Asia.

Park said Busan is a center of K-culture, the entertainment and pop culture industry that has spawned quality entertainment such as Netflix’s "Squid Game."

The mayor stressed that Busan is a major economic city, being Korea’s most important international port.

In a pre-recorded video at the end of the presentation, President Moon Jae-in gave the Korean government's full support.

Korea was the first to give its presentation among the five contenders. Each was given 20 minutes.

Busan is competing against Moscow, Rome, Riyadh and Odessa.

Although Korea has never hosted a World Expo, it has hosted two specialized expos in Daejeon in 1993 and Yeosu in 2012.

Busan to the world