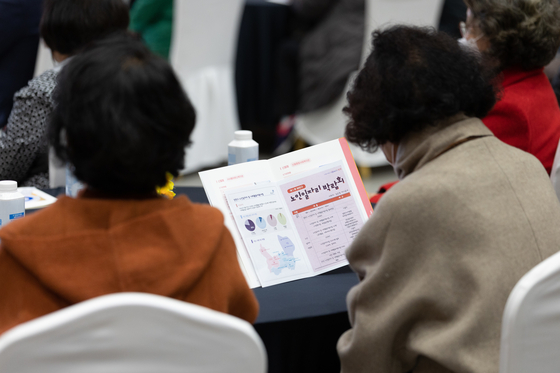 
The Korean government is considering expanding the definition of its working-age population from people between the ages of 15 to 64, to 15 to 69.

During the same period, the OECD's average, which is 2.62 percent this year, will only decrease to 1.47 percent.

The expansion of the definition of the working age population can be part of a solution, the government said.

In fact, the number of working senior citizens is on the rise.

But analysts say that if the government wants to change the definition of the working population, it must consider other issues like extending the country’s legal retirement age, which is currently 60.

“From an economic standpoint, the expansion of the definition of the working-age population is inevitable since the country defines elderly as those ‘who can not participate in labor activities' or ‘who need help from the government,’” Kim Young-sun, a gerontology professor at Kyung Hee University’s Graduate School of East-West medical Science, said.

“If the government wants to push for that change, it should also discuss some other issues at the same time including the extension of the retirement age.”