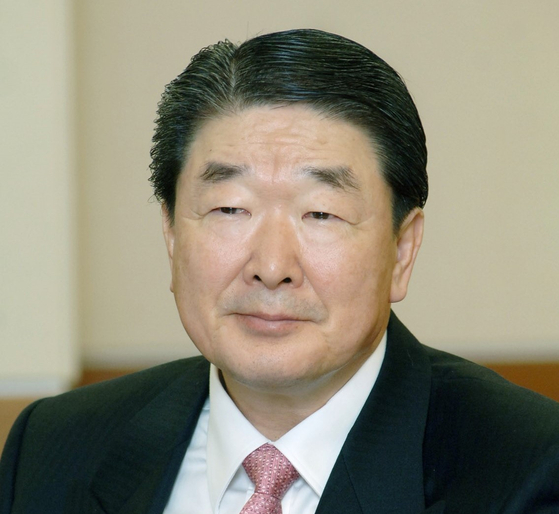 
LX Holdings is in the final stages of being spun off from LG Corp., with the chairman of LX Holdings selling most of his stake in LG Corp. and becoming the largest shareholder of the spun off entity.

Before the transaction, he owned 7.72 percent of LG Corp.

LG Corp. shareholders approved the LX Holdings spin off and the company was established in May, but the spin off was not complete due to share swaps being delayed. LX Holdings has stakes in LX International, LX Hausys and LX Semicon and indirect ownership of LX Pantos and LX MMA.

Among remaining shares, Koo gifted 1.5 percent to the LG Yonam Foundation, the LG Welfare Foundation and the LG Evergreen Foundation, worth a total 205 billion won. He is now left with 2.04 percent of LG Corp.

Koo and his family members have a combined 2.96 percent stake in LG Corp. Under the Monopoly Regulation and Fair Trade Act, the head of a spun-off company and related parties are limited to a 3-percent stake in the original entity.

"We now met requirements to be officially spun off," said a spokesperson for LX Holdings. "The two companies will apply for official spin off at the Fair Trade Commission soon, and undergo procedures to finalize the spin off."

Money from Koo's LG Corp. stake sale was used to acquire 32.32 percent of LX Holdings from LG Group chairman Koo Kwang-mo and eight of his family members for 300.3 billion won. He paid a 20 percent control premium for the shares.

Koo Kwang-mo used to have 15.65 percent stake in LX Holdings, but now has none.

With the purchase, Koo Bon-joon is now the largest shareholder of LX Holdings with a 40.04 percent stake.