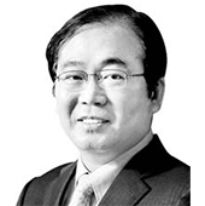 
Opposition People Power Party (PPP) presidential candidate Yoon Suk-yeol has called the late President Kim Dae-jung a saint. “After he became president, Kim did not do any political retaliation,” Yoon said. “He forgave all his political foes and reconciled with them. As a saint, he achieved national unity.”

That’s an accurate evaluation. Kim Dae-jung faced five moments of death due to political oppression in his life, but he hired talented enemies after he won the presidential election. Without hesitation, Kim recruited Lee Hyun-jae and Lim Chang-yuel — key aides to his presidential rival Lee Hoi-chang — and overcame an unprecedented foreign exchange crisis. He hired Kim Joong-kwon from the conservative Democratic Justice Party as his presidential chief of staff and Kang In-duk, a hardline conservative, as unification minister. His cabinet and presidential team was like the “team of rivals” in the Lincoln and Obama administrations.

PPP presidential candidate Yoon is promoting himself as an anti-Moon Jae-in candidate. Even ruling Democratic Party (DP) presidential candidate Lee Jae-myung said, “I am different from Moon.” Lee apologized for the Cho Kuk crisis and mentioned the need to reconsider Moon’s nuclear phase-out policy. “If it were enforced in other countries, the public would stage a riot,” said Lee about Moon’s draconian Covid-19 mitigation measures. Lee also criticized Moon’s real estate policies. The Moon administration brought it upon itself.

The next president will face dilemmas in disease prevention and control, economics, security and welfare, but Yoon and Lee’s capabilities are untested. Although Lee served as a city mayor and a governor for 11 years, he has no experience as a lawmaker or in the central government. Yoon served as a prosecutor for 26 years, but he is a rookie politician. No matter who wins the March 9 election, the next president must recruit talented people regardless of their political pasts.

Yoon and Lee both should accept their shortcomings. They must respect each other as cooperative competitors who will help create a united vision and policy. They must remember the great Buddhist monk Wonhyo’s philosophy of “harmonious dispute.”

Fortunately, both candidates have hinted at attitudes of unity. Yoon has called the late President Kim Dae-jung a “saint,” and Lee recently said the late President Park Chung Hee had both merits and demerits. “Park built the Gyeongbu Expressway to open a path to industrialization,” Lee said on the campaign trail.

Wealth polarization is growing serious. Ideological, generational, regional and class conflicts are about to explode. The key is increasing the middle class. It was a resolution presented by Aristotle 2,300 years ago. In “Politika,” he wrote the best political system is the one controlled by a wide middle class. He said excessive wealth and extreme poverty make the people liable to act in irrational ways.

To strengthen the middle class, a country does not need a competition over giveaways. It requires audacious economic and industrial policies that promote the creation of innovative companies. The government and the public sector must be changed to allow convergence of advance science and technology with business and deregulation. Only then, will industry reshape to accommodate a first mover.

The same applies to foreign affairs and national security. We are the world’s only divided country that faces a nuclear-armed North Korea and is surrounded by four big powers. For unity, a middle class that obeys the rule of reason must have a louder voice.

China was the world’s largest economy before 1820. But it collapsed in the 19th century and it took two centuries to rebound. Korea is the world’s 10th largest economy, sixth largest military power and fifth technological power. It should be able to compete against the United States, China, Japan and European Union. If it loses in this competition, it will lose everything for good.

Over the past nine years, we have experienced an era of incompetence and lack of communication. This election must be a process to produce a leadership of communication and unity for the sake of the people’s livelihoods, security and future. To this end, Lee and Yoon must accept each other and declare there will be no political retaliation after the election.