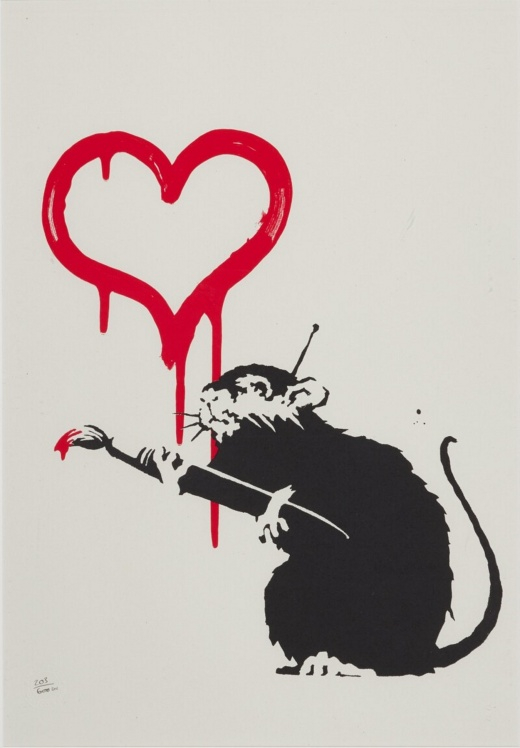 
Ownership shares in "Love Rat" (2004), a Banksy numbered print, sold out in a minute on Tessa, the company announced Wednesday.

Tessa is an app in which people can buy fractional ownership in artwork, with units going for 1,000 won (84 cents) each.

A total of 150 signed and 600 unsigned "Love Rat" screen prints were produced, and the one sold on Tessa is unsigned print No. 203.

The sale is the fastest on Tessa since it started in the fractional-art ownership business in 2019 as ArtBloc Korea. "Nola" (2008), a signed Banksy, sold out in three minutes in June.

"The fact that the artwork was sold out in just a minute proves not only that Banksy is an artist loved by many, but also that more people are showing interest in the art investment market," said a spokesperson for Tessa. "Tessa will do our best so that more people can easily and conveniently invest in artworks."