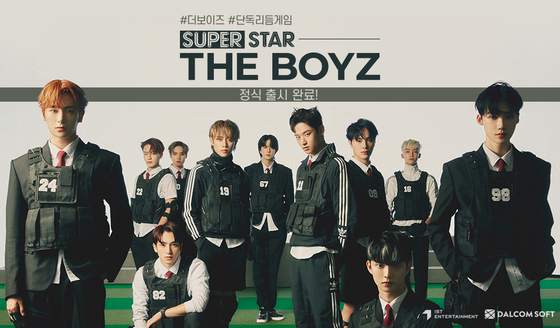 The rhythm game, which uses popular songs by The Boyz, is available worldwide.

To celebrate the launch, Dalcomsoft is hosting a myriad of events on the app, such as offering early users game money or limited edition profile images of the band’s members.

Exclusive photos of The Boyz will also be revealed on the app.

The game is part of Dalcomsoft’s SuperStar series, which has been releasing mobile rhythm games utilizing intellectual property by K-pop acts and other global pop stars. The series has garnered over 70 million users in 120 nations.

“SuperStar The Boyz” is available for download on the Google Play Store and Apple’s AppStore.