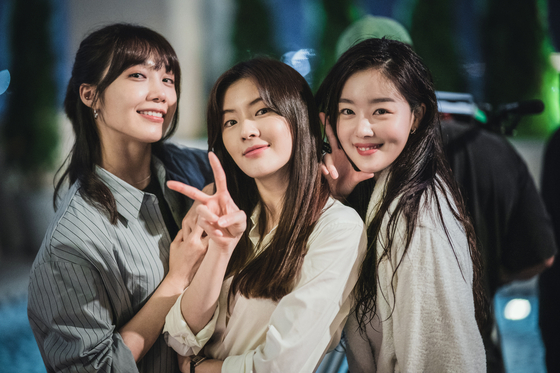 This principle was evident in the immensely popular Tving original series “Work Later, Drink Now.” Before the first season had even ended last month, fans were already demanding more, eager to continue following the stories of three young women enjoying their friendships, romance, careers, and most importantly to them, alcohol.

Tving, a local streaming platform affiliated with CJ ENM, quickly decided to give the fans what they wanted and on Wednesday, confirmed that season 2 was on its way.

The streaming platform revealed YouTube clips of “Work Later, Drink Now” garnered more than 60 million views in the course of a month and a half and the series currently ranks as the original content that has drawn the most paid subscribers to the platform. Earlier reports said that after episode five and six were released, the number of paid subscribers increased by 178 percent.

The power of this particular series lies in the relatability of the characters. The vividly realistic, sometimes brutal portrayals of what these three women face in their professional and personal lives leave viewers wanting more. Although the women have been friends for a decade, they still face difficulties in their relationships with each other. With such distinct and different personalities, some might wonder how the three even became friends at all. However, even though they fight, curse and scream at each other, they remain true and loyal to their bond. 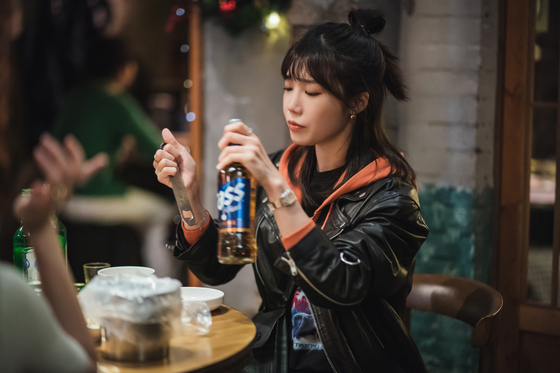 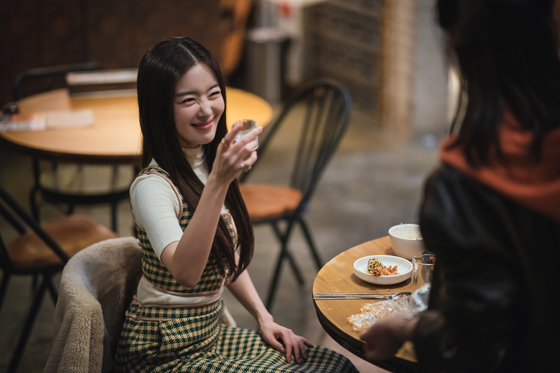 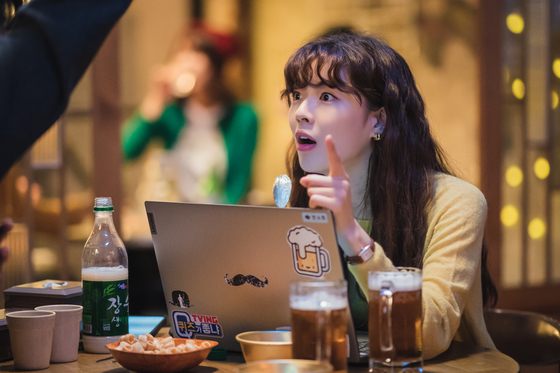 Scenes from “Work Later, Drink Now” which revolves around three women — from the top, So-hee, Ji-yeon and Ji-gu—regarding their friendship formed through alcohol.[TVING]


While a large part of the series' success is due to the superb performances and chemistry the three actors — Jeong Eun-ji, Han Seon-hwa and Lee Sun-bin — flaunted, the power of the story derives from 38-year-old screenwriter Wi So-young.

Although somewhat based on the Kakao Webtoon “Drunk City Women” (translated), the three protagonists —Kang Ji-gu, Han Ji-yeon and Ahn So-hee — are actually modeled after Wi and her own best friends.

“'Work Later, Drink Now’ is just my life — that’s why I wrote it,” Wi said during a recent interview. “After I finished writing the script and met the actors for the first time, I specifically requested that they should never try to ‘look’ pretty. That’s because they’re inherently pretty people. You know those type of people who are just so lovely and pure in mind [...] Ji-yeon [played by Han] might look klutzy at first but once you really get to know her, she’s very wise, sensible and a lovely friend. I wanted to depict a friend who’s wise because of her simplicity. Ji-gu [played by Jeong] isn’t the talkative type, but when she says something it’s right on point. I mean, compared to Ji-yeon, she isn’t as outgoing and doesn't receive the same attention for her looks, but she’s just so solid and a mental pillar of support who you can always count on.” 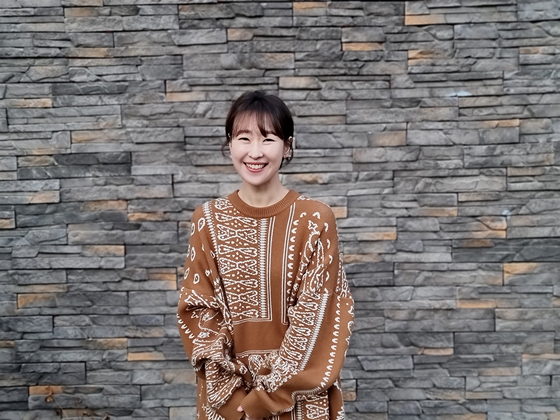 
Wi never expected the staggering attention that her story has received.

“When I was writing it alone I never expected that this would be the one,” she said. “I’ve always written in this way but honestly, I’ve rarely received any positive feedback. I just started [writing] to earn money. I did show the script to my two friends who I based the characters on. Their actual names are Ji-yeon and Ji-hee. They were really excited. Especially Ji-yeon — she’s actually a flight attendant and she was so happy that someone pretty like Han was cast for her character. I thought I should receive permission from my friends as in, ‘hey, this is about us, our story. Can I write this?’ so I showed them.”

Lee had her own perspective about the three characters.

“What I realized after the filming was complete, is rather than dividing up the three women by their personalities, it is more about three alternate egos that one person can have that are expressed through three people,” she said in a recent interview. “Because there are times [people] may be like So-hee, or when someone likes someone else she may be like Ji-yeon, and when you are loyal to your friend then you may be like Ji-gu. The reason why people love all three characters is because they empathize with all of them, because all three sides of them are relatable.”

In Korea, content like “Work Later, Drink Now” is dubbed “womance” — a compound word made up of women and romance. Such content highlights chemistry between women. Broadcasters and cable channels have been taking note of the growing demand for womance stories, creating content like JTBC’s “Be Melodramatic” (2019) about three female friends who are forced to live together under one roof. TvN’s “Search: WWW” (2019) centers around three professional women working for portal sites. In the film “Nothing Serious,” which is currently being shown in local theaters, the main protagonist Ja-young (played by actor Jun Jong-seo) has frank conversations with her friends while they're drinking, covering tops like sex, boyfriends and one-night stands. 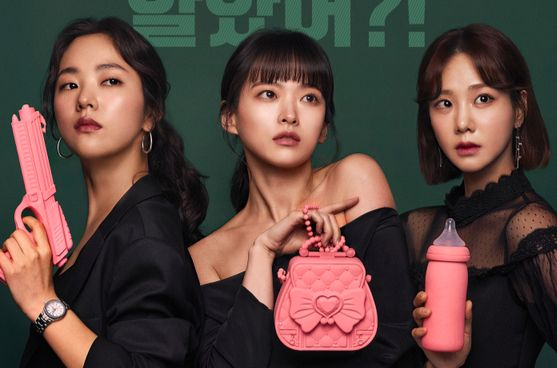 A poster for JTBC drama series “Be Melodramatic” [JTBC] 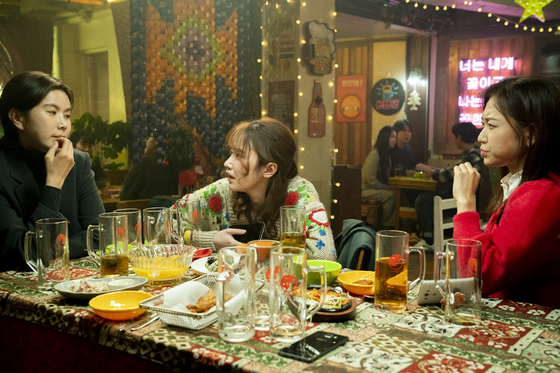 A scene from the film “Nothing Serious" [CJ ENM]


The director behind "Nothing Serious," Jeong Ka-young, says her goal was to make a romantic comedy from a female perspective.

“I love romantic comedies but I wanted this film to be more about a woman, who is at the center of the story. She is telling her story about her love life and her life in general and I also wanted her to be open about her sexuality. I wanted a freer and uncensored, fun romantic comedy.”

Similar to the protagonist of "Nothing Serious," the characters in “Work Later, Drink Now” are much freer about their sexual preferences than normally seen in Korean dramas.

“I realized that nowadays, people like something that’s straightforward and honest,” Lee said. “At first, we were worried that the dialogue was too extreme or stark, and people might be uncomfortable with it, but I guess they were waiting for something like this. I was so relieved that the part that we were most worried about turned out to be the one that people liked the most.”

“Another attraction about streaming platforms is that we didn’t need to cover anything up,” Jeong said. Under current broadcasting law, brands cannot be shown unless they are part of product placement.

The series, however, was not without criticism. Screenwriter Wi says that she saw negative comments such as that the series was excessively promoting drinking culture, which is already deemed too prevalent in Korea.

“When you drink alcohol, your body temperature goes up,” Wi said. “I think that’s what alcohol is. You become warm, you loosen up and you may become sloppy. I wanted to show all of that here, what it means to be human. Just for a moment when you’re drinking, you can be warm and take a break from this sterile world. Of course, when you drink too much that’s bad. I saw a lot of comments saying that if you drink like the three characters you may die. In one of the narrations I wrote in the last episode, it goes something like, ‘Too much drinking is bad for your health. But is there anyone who hasn’t passed up on a drink as they lead their lives?’ Anyone can drink, at least once, in their life because you cannot live your life perfectly. I think that’s what alcohol is.”