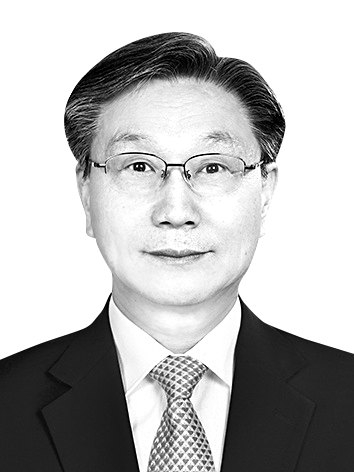 Lee Byung-soon
The author is a senior researcher at the Institute for Korea Security and Unification.


North Korea’s mouthpieces are engrossed with glorifying the 10-year reign of its leader Kim Jong-un. They are championing the “entry of the construction of our-style socialism into an unprecedented development phase.” The media outlets portray Kim’s decade as an “era of triumph, miracle and glory.”

Since inheriting power from his father Kim Jong-il after his death in December 2011, Kim Jong-un promised to “allow the people to enjoy the wealth and prosperity of socialism without tightening their belts and build a powerful state.” To achieve the goal, he has flamboyantly pressed on with measures to improve the country’s economic management systems, simultaneous pursuit of economic and nuclear development, reinforced self-reliance and a “frontal breakthrough.” But Kim is seen as a failed leader except in the field of nuclear weapons development.

In a despotic dynasty like North Korea, ideology is monopolized by the supreme leader. As a result, North Korean media organizations portray Kim Il Sung-ism, Kim Jong-il-ism and their first focus on people’s happiness as the key to Kim Jong-un’s success story.

But North Korea’s propaganda machine stopped short of presenting in detail the differences between such images of its leaders and its existing juche (self-reliance) and Military First ideology. The regime’s move to reemphasize the “Ideology First” principle shows that its claimed focus on happiness is nothing but a North Korean version of populism.

In politics, North Korea tries to show off its alleged status as a “normal state” based on “normal leadership” by frequently staging the full-member Convention and Congress of the Workers’ Party, as well as Politburo meetings. Nevertheless, Kim Jong-un — the chairman of both the State Affairs Commission and the Defense Commission — ruthlessly purged a number of high-ranking officials connected to his father in the early stage of his rule even though they were the very foundation of his reign.

This politics of horror helped the Kim Dynasty shrink to a regime where power is split between brother Kim Jong-un and sister Kim Yo-jong. The regime has recently showed signs of political regression after establishing a sole leadership system, embarking on an aggressive pursuit of five “cultural projects” to educate the people, and placing the Suryong (Great Leader) system above Workers’ Party.

Economically, Kim Jong-un has adopted a limited opening and reform after upholding “our own economic management system.” But that was botched due to deepening economic hardships. To help stabilize the people’s livelihoods, Kim is forcing them to tighten their belts and start a second “Arduous March.” But due to the intrinsic limitations of its self-reliance-based economy, even the five-year economic plan is being shaken.

In military perspectives, North Korea has carried out four nuclear tests and more than 130 missile provocations since Kim Jong-un came to power. After declaring North Korea as a nuclear weapons state, Kim boasts of its position as a “global strategic state.” But the country faces its worst-ever security crisis since the belligerent move encouraged the United States to reinforce its nuclear umbrella while stimulating the North’s neighbors countries to develop nuclear weapons of their own. If Pyongyang provokes Seoul to go nuclear, Kim’s only achievement during his reign over the past decade would be rendered useless.

Externally, Kim Jong-un faces a crisis of war after abandoning the Feb. 29, 2012 agreement with the U.S. to suspend nuclear development in return for economic and humanitarian aid. To find a breakthrough, North Korea used the Moon Jae-in administration as a “sidekick” to have a summit with America. After the North’s hand was revealed, the Hanoi summit ended in failure. Since the image of a “leader with no fallacy” was shattered, North Korea made its relations with the U.S. and South Korea hostile again. It has been walking a tightrope ever since.

Kim’s ten-year rule has a very poor scorecard. His regime is being sustained by nuclear weapons, the Baekdu blood-line, and a bunch of Kim’s untested aides. His reign is firmly rooted in oversight and regulation.

In the meantime, the Moon administration keeps making diplomatic blunders by pushing for an end-of-war declaration with concerned parties to help the recalcitrant regime buy more time to ratchet up its nuclear capabilities.

South Korea must put the North Korean people before the Kim family in its North Korea policy, no matter what.