Team Kim to take on Japanese rivals this evening

Team Kim to take on Japanese rivals this evening 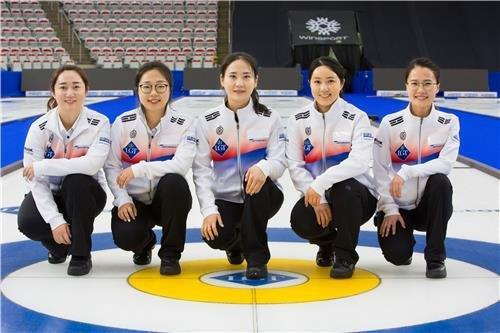 Korean women curlers Team Kim, who won the silver medal at the 2018 PyeongChang Winter Olympics, pose for a photo. [YONHAP]


The Korean women's curling team — the eponymous Team Kim of PyeongChang Olympics fame — is facing a big showdown against runner-up Japan at 9 a.m. in Leeuwarden, the Netherlands, or 5 p.m. in Korea.

Korea beat Estonia 10-5 on Tuesday to take a solo lead on the women's World Curling Federation Olympic qualification standings with five wins and one loss. Runner-up Japan had only played five matches and had four wins and one loss. Wednesday's match between Korea and Japan will determine whether Korea will be able to strengthen their lead or whether Japan will take the top seat.

Nine countries — Korea, Latvia, Japan, Estonia, Scotland, Turkey, Germany, Italy and the Czech Republic — are vying for three Olympic women's curling berths at the event. The top team in each group will automatically earn one Olympic berth without having to compete in the playoffs.

The match against Estonia was Korea's sixth. Korea beat Latvia 10-4 on Saturday morning, but dropped their evening match against Turkey 12-7. Korea beat Germany 10-8 on Sunday, beat Scotland 8-4 and Italy 7-1 on Monday. Korea then beat Estonia 10-5 on Tuesday.

After the Japan match, Korea will have only one preliminary match remaining, against the Czech Republic on Thursday.