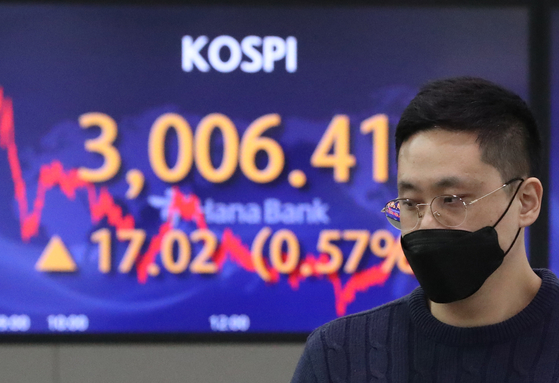 
Stocks advanced for a second straight session Thursday amid eased uncertainties about interest rates and U.S. Federal Reserve tapering. The won rose against the dollar.

Trading volume was moderate at about 397 million shares worth some 8.4 trillion won ($7.1 billion), with losers outnumbering gainers 416 to 406.

Stocks traded in positive terrain as the Fed seems to be staying within expectations.

The Fed said it would double the speed of the tapering of its bond purchasing program and projected three rate hikes in 2022. It also expects there could be two rate hikes each in 2023 and 2024.

The local currency closed at 1,183.9 won to the dollar, down 1.3 won from the previous session's close.

Stocks rise after good export report and despite DRAM decline