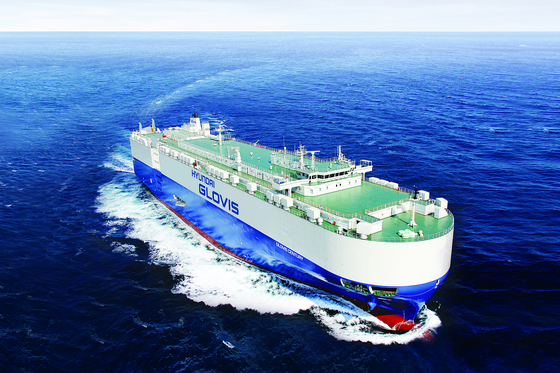 
Hyundai Glovis has signed a 501.8 billion won ($424 million) deal with a global automaker to transport vehicles, the biggest sea transport deal it has signed.

According to a regulatory filing Thursday, the logistics company will transport cars made in China to Europe by sea from January 2022 to December. Hyundai Glovis announced the automaker’s name and transportation amount can’t be disclosed due to the company’s requests.

The deal is the biggest since Hyundai Glovis started its sea transportation business in 2010.

Hyundai Glovis says its logistics infrastructure helped it to acquire the deal. The company announced Wednesday it formed a joint venture BLG Glovis BHV with German logistics company BLG Logistics to build a private loading space in the Port of Bremerhaven in Germany. The port is considered one of the world’s largest harbors for auto shipments, and Hyundai Glovis is the first company to secure its own loading space.

“With unrivaled competitiveness in shipping cars by sea, we will continue to expand partnerships with global brands,” said a spokesperson for Hyundai Glovis. “As the only Korean logistic company with carriers specifically transporting cars, we will strive to provide the best sea transport solutions.”

The logistics company signed a deal with Volkswagen in July last year to transport all of the automaker’s vehicles from Europe to China for some five years, until December 2024.