Kakao Entertainment, a webtoon company 75-percent owned by Kakao, has purchased Wuxiaworld for $37.5 million as it works to significantly increase transaction volume over the next three years, a goal announced last week.

The company said on Thursday that it has acquired Wuxiaworld via its Radish subsidiary, a U.S. web novel company purchased by Kakao Entertainment earlier this year.

Wuxiaworld, based in Hong Kong, is the largest English-language fantasy web novel company in Asia. It was founded by Lai Jingping, a former U.S. diplomat who started translating Chinese martial-arts fiction into English "out of his love" for the material, according to Kakao Entertainment.

It is the only web novel platform with a majority male audience due to the martial arts and action it prioritizes, as opposed to platforms that mainly offer romance or fantasy works targeting female viewers. 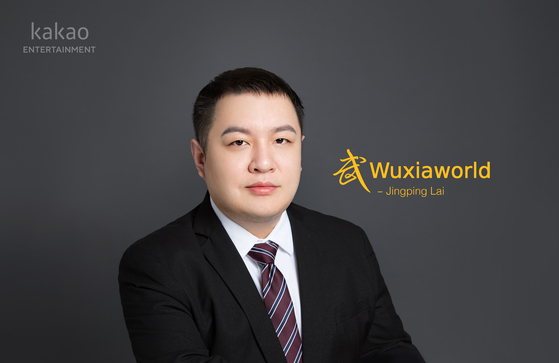 
"Supported by strong word-of-mouth and an active community, 85 percent of Wuxiaworld's total revenue comes through content purchased by a monthly subscription model," Lee Seung-yoon, founder and CEO of Radish and global strategy officer of Kakao Entertainment, said in a press release.

"The company continues to grow impressively, with annual year-over-year profit growth of up to 40 percent. With this acquisition, Radish and Kakao Entertainment hope to further realize Wuxiaworld's infinite growth potential to reach a new and wider demographic in the U.S. market."

The company did not reveal Wuxiaworld's revenue figures.

Kakao Entertainment recently announced that it plans to triple its transaction volume by diversifying the revenue of its webtoon business to Europe, Southeast Asia and North America, ahead of a possible listing next year.

Japan is currently the only country outside of Korea where Kakao Entertainment firmly holds the No. 1 position in the webtoon market. Its Piccoma webtoon subscription service will be made available in France this month. Piccoma is operated by Kakao subsidiary Kakao Piccoma, which recently changed its name from Kakao Japan.