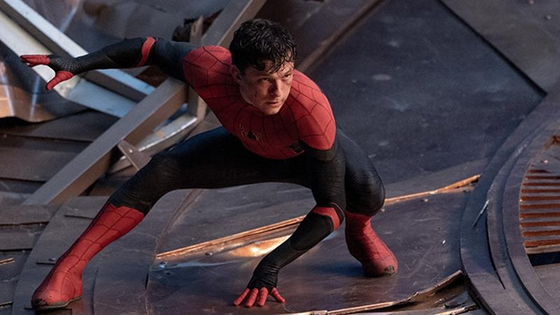 It marked the highest number of moviegoers on the opening day of any film released in Korea since the beginning of the pandemic.

The previous record was held by Hollywood film “Fast & Furious 9,” which sold 400,000 tickets on May 19, or Buddha’s birthday, a national holiday in Korea.

“Spider-Man: No Way Home,” starring Tom Holland and Zendaya, is the last of the trilogy that began with “Spider-Man” Homecoming” (2017) when Sony Pictures’ Spider-Man entered the Marvel Cinematic Universe (MCU).