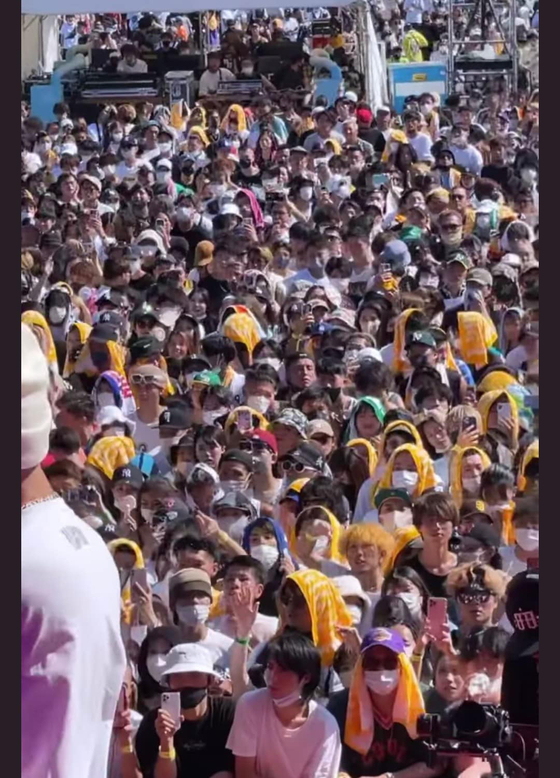 A crowd attends a musical festival in Aichi Prefecture on Aug. 29. [SCREEN CAPTURE]


Back in August, Japan struggled with the Covid-19 pandemic. With more than 20,000 confirmed cases daily, there were concerns about whether the Tokyo Olympics could be held. However, the atmosphere has changed completely. According to the official government announcement, the number of positive cases has drastically decreased to 100 a day. When the world is nervous about another surge due to the Omicron variant, Japan is an unusual and strange case.

“Factor X” is being discussed as the reason for the drastic drop in daily cases. They claim that Japan has a special factor distinguished from other countries. The term “Factor X” was coined and first used last year by Shinya Yamanaka, a Kyoto University professor and the winner of the 2012 Nobel Prize in Physiology. He argued that Japanese people may have a special genetic factor that led to a small number of cases in Japan. While Yamanaka is an international authority in stem cell research, he did not provide any grounds for his claim.

But lately, Japanese researchers and media have started to come up with various theories. On Dec. 10, the Institute of Physics and Chemistry under the Ministry of Education, Culture, Sports, Science and Technology announced the results of a study that the HLA-A24 white blood cell that 60 percent of Japanese people have can prevent severe Covid-19 cases. Some media claimed that the culture of not wearing shoes at home, high BCG vaccination rate and low obesity were part of Japan’s Factor X.

Sufficient research may clarify the validity of Factor X, but the prevailing opinion is that it is only a hypothesis. The culture of not wearing shoes at home or high BCG vaccination rate cannot explain a fast spread of infections in Korea. Most Japanese media say there are various discussions on the X, but nothing is clear.

How nice would it be if an innate genetic trait or lifestyle can prevent Covid-19? In Korea’s reality, such wishful thinking seems pointless. With 7,000 cases being reported daily, the spread is not slowing down. The only thing we can rely on is not-too-tight yet not-too-slack disease control strictly based on science. Rather than self-praising its “successful” quarantine, the government must avoid making political judgements. That’s the way to help create Korea’s Factor X.