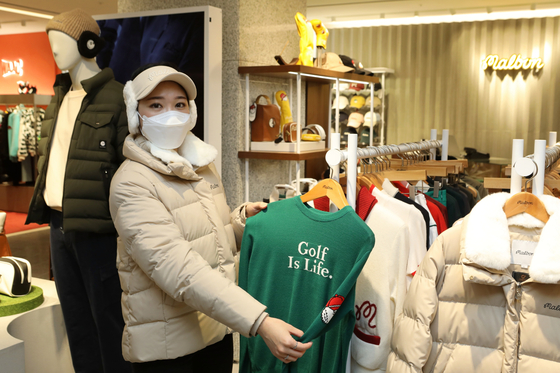 Golf is one surprising pandemic winners, with people flocking to the links as tourism, leisure and sports businesses suffer.

Young people especially are finding joy on fairways and greens.

Sales of golf related goods, from golf clubs to golf wear, have surged.

Suh Soo-min, 30, earlier this month went shopping at a department store and purchased 600,000-won worth of golf wear, including a padded vest, heated shirt and a hat, before a round of golf.

"For people around my age, golf is where we show off, so we tend to pick brands even if they are costly," Suh said. "As Covid-19 surged again, I have made plans to play golf in February next year instead of going overseas."

Golf related businesses face doldrums in the winter as few people are interested in swinging the irons and the woods on the cold courses.

But this year, demand from pros and duffers alike has been driving up sales.

"In November, golf wear sales when compared to a year ago have surged 61 percent," said a Shinsegae Department Store employee. "In the first 11 months of this year, purchases by customers in their 20s and 30s increased 65 percent year-on-year, and in November alone that figure was up 84 percent."

"New winter season products are sold immediately the moment they are stocked," said a Lotte Department Store employee speaking of golf related purchases. "The winter season carryovers from last year at outlets are mostly sold out in October."

Homeshopping channel CJ Onstyle has added golf wear shows this month as the products that were up for sale last month sold out on every show.

A goose-down golf jacket that was aired on Dec. 5 sold out in just 30 minutes. Orders for about 5,700 jackets worth 700 million won were made.

High-end brands are especially popular, with some in the fashion industry likening it to the so-called "backbone breaker" winter coats of 10 years ago, where there was huge demand for expensive, budget-busting winter coats among students.

Fila Korea, which is the majority shareholder of Acushnet Holdings, which owns Titleist and FootJoy, reports strong sales of its products.

"The MZ generation places importance on posting photos on social media, and as such they seem to buy one or two brands even if they are costly," said a FnC employee. "Usually winter is an off season, but this year, brands have been expanding their padding jacket lineups, which is boosting sales."

The company added that as it is targeting young people golf wear is becoming more diverse in style, including in terms of colors.

Demand is so strong that the rise of a "golf poor" has been noted. These people are so obsessed with buying high-end gold products that they drive themselves to financial trouble.

Golf brands are opening up stores thanks to the new found popularity. 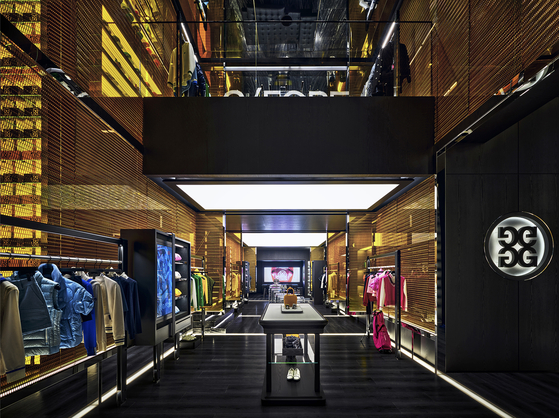 G Fore last month opened a store among the luxury brand stores in Cheongdam-dong, Seoul. J.Lindeberg in March opened its own store in Apgujeong, Seoul, not far from the G Fore store.

"As golf is a costly sport, there seems to be little resistance from customers on price," said a fashion industry official. "Leading golf wear companies are trying to differentiate themselves through a high-end premium strategy."

According to the Korea Leisure Industry Institute, this year the number of golfers in Korea is estimated to be around 5.15 million. This is the first time that the golf population exceeded 5 million.

The number of golfers in their 20s and 30s is estimated to have increased 35 percent on year 1.15 million.

Pandemic profits targeted by the NTS in latest crackdown