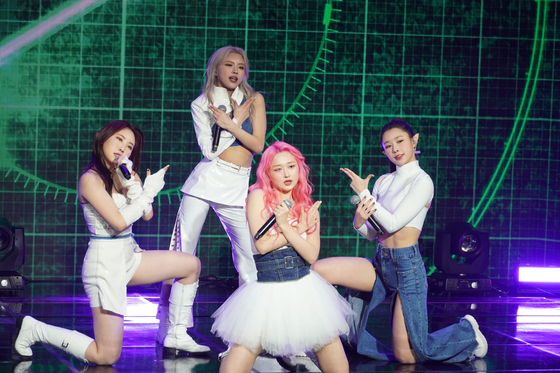 The girl group, composed of four members Roa, Juri, Ahri and Rena held an online showcase on Friday prior to releasing their digital single “Rocking Doll” at 6 p.m. on Sunday.

The group's name comes from its hope to “bounce back up like a roly poly despite facing trials and rock the world,” according to its label SRP Entertainment.

Each member is a guardian angel of four different stars in the Rocking Doll Planet. They have come to the earth to meet with music fans, SRP Entertainment added.