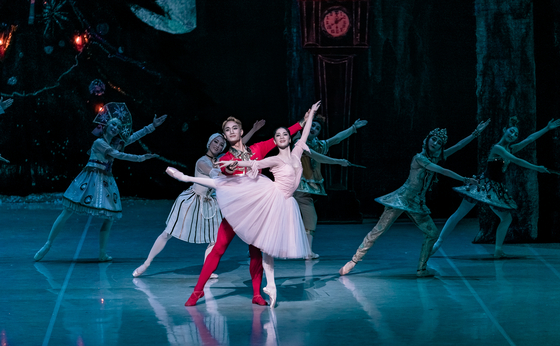 
The pandemic has cost many their cherished holiday traditions like traveling overseas or having a big feast with friends and family. Making matters worse, the Korean government has reintroduced stricter social distancing measures before the holiday season, which went to effect from Saturday and are set to remain in place until Jan.2, covering both Christmas and the New Year.

For those who are canceling plans following the renewed strict social distancing measures, a ballet performance of “The Nutcracker” may be an option. (Theater venues will open until 10 p.m.) 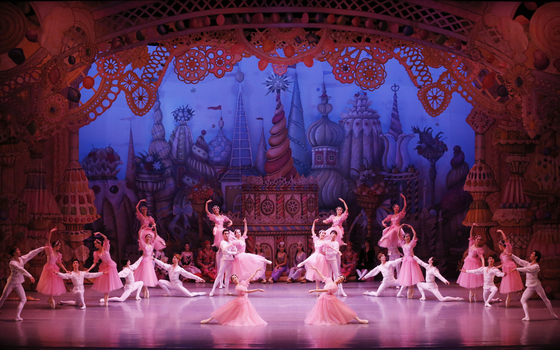 The Waltz of the Flowers scene in "The Nutcracker" by the Universal Ballet Company. The company has adapted the original version choreographed by Lev Ivanov of the Mariinsky Ballet. [KIM KYOUNG-JIN]


Two of Korea’s major ballet companies — the state-run Korean National Ballet (KNB) and the Universal Ballet Company (UBC) — have been staging the Christmas classic every holiday season. The UBC first introduced the performance to Korea in 1986. Then KNB made it its year-end repertoire from 2000. As both companies had to cancel last year’s “The Nutcracker,” the performances are back for the first time in two years. 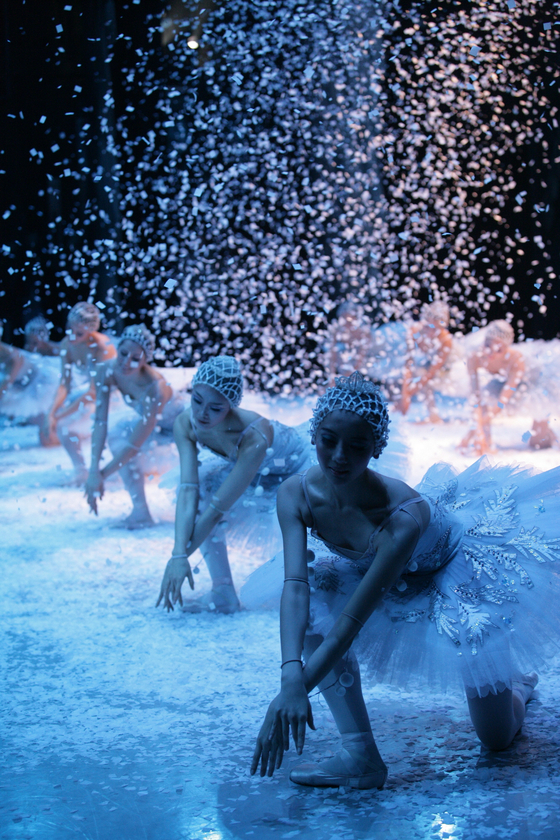 The famous Wals of the Snowflakes scene in "The Nutcracker" presented by the Universal Ballet Company. [KIM KYOUNG-JIN]


“The Nutcracker” is regarded as one of the three ballet masterpieces, along with “Swan Lake” and “The Sleeping Beauty.” In 1891, Ivan Vsevolozhsky, who was the director of the Imperial Theaters in Russia, asked the theater’s choreographer Marius Petipa to create a performance that could become the theater’s year-end signature piece using E.T.A. Hoffmann’s short story “The Nutcracker and the Mouse King” (1816). As Petipa’s previous ballet piece “The Sleeping Beauty,” which he worked on with Russian composer Pyotr Ilyich Tchaikovsky saw great success, Vsevolozhsky brought the two together again for the “The Nutcracker.”

For the libretto, Petipa used French writer Alexandre Dumas’s translated version of the original story as he could not understand German. That is why the lead character is named Marie in Hoffmann’s tale in German, but Clara in Petipa’s ballet adaptation, which premiered in 1892 at the Imperial Mariinsky Theater in Saint Petersburg.

Although Petipa’s original production of “The Nutcracker” was not a success, Tchaikovsky’s music was hailed by critics. It is said that Lev Ivanov, the second ballet master of the Imperial Mariinsky, completed the choreography of “The Nutcracker” as Petipa was ill. 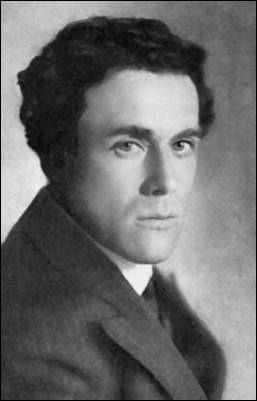 Lev Ivanov, who choreographed the original production of "The Nutcracker" with Marius Petipa for Russia's Imperial Theater. [JOONGANG PHOTO]

Although the story varies from production to production, the basic outline is the same.

A young girl receives a nutcracker as a gift on Christmas Eve. In her dreams, she saves the nutcracker doll from villainous mice and goes on a trip to an enchanted candy land with the nutcracker who turns into a prince. This fairy tale ballet filled with romance has been gaining immense popularity, so much so that it is now performed by countless ballet companies around the world.

The UBC has adapted the original version from the Mariinsky Theater for its production and has been doing so for the past 37 years. As is also the case for many American ballet theaters, UBC also generates about 40 percent of its annual revenue from “The Nutcracker” performances.

“We believe the UBC’s version of ‘The Nutcracker' has been consistently loved by people because we stay true to the original production that has been polished up by Oleg Vinogradov, former artistic director of the Mariinsky Ballet, also known as the Kirov Ballet,” said Kim Se-young, a PR manager of the company. “The UBC's artistic director Bingxian Liu has also been making updates every year.” 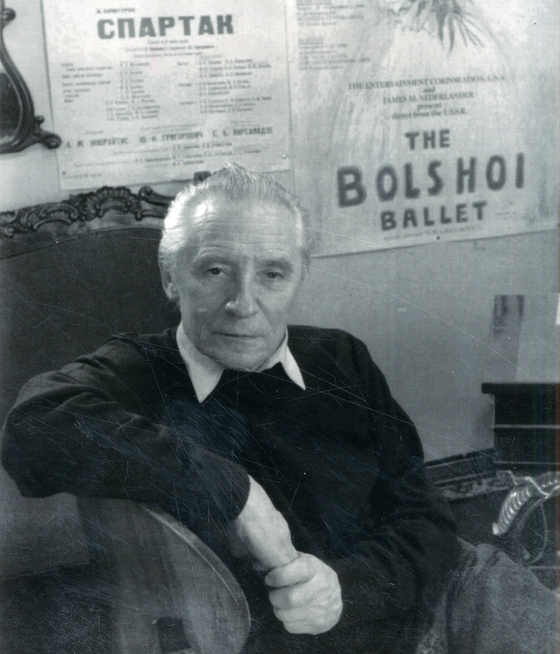 The KNB’s production, on the other hand, has been adapted from the Bolshoi Ballet production choreographed by Yuri Grigorovich in 1966. Grigorovich was the first to use a single adult ballerina to depict both the young Marie who appears in Act I and the adolescent Marie in Act II.

“The principal dancers of UBC like Hong Hyang-gi and soloist Kwon Se-yeon, played younger Claras in Act I as young girls many years back,” said Kim.

The KNB, however, casts young ballet dancers to play the Nutcracker instead of using a wooden doll. This is also an eye-catcher as it is not an easy position for a young ballet dancer to stay fixed in grand plié throughout the show. 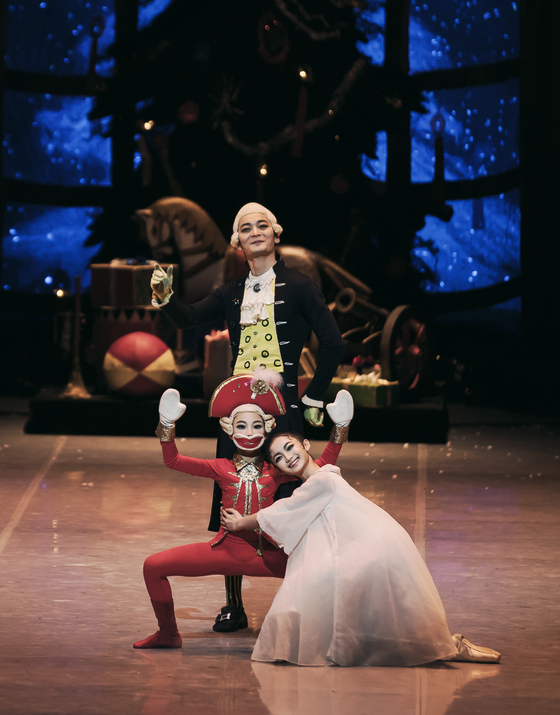 A young ballet dancer plays the role of the Nutcracker while most of the other companies use a wooden doll. [KNB]


According to Jang In-joo, a dance critic, the KNB’s version has more “grandeur, and has strength with unique ethnic styles,” whereas the UBC version is “sophisticated and splendid.”

“Audience members with children will enjoy the UBC version as the company added entertaining elements like funny moves by the Drosselmeyer and the mice, while adult ballet fans may enjoy the KNB version more as there are more awe-evoking moments that are technically amusing,” Jang added. 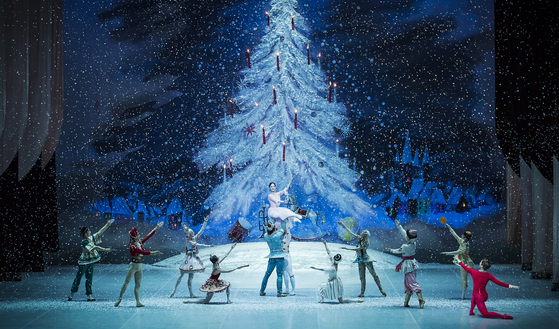 Dancers of the Korean National Ballet performs "The Nutcracker" for the upcoming Christmas holiday. [KNB]


The UBC kicked off its run of “The Nutcracker” on Dec. 18 at the Sejong Center for the Performing Arts in central Seoul. It ends on Dec. 30. Usually, the company uses recorded music but this year, decided to add live orchestra for the weekend performances, as well as on Dec. 24.

The KNB version, which runs from Dec. 21 to 26 at the Seoul Arts Center in southern Seoul, has always used a live orchestra.