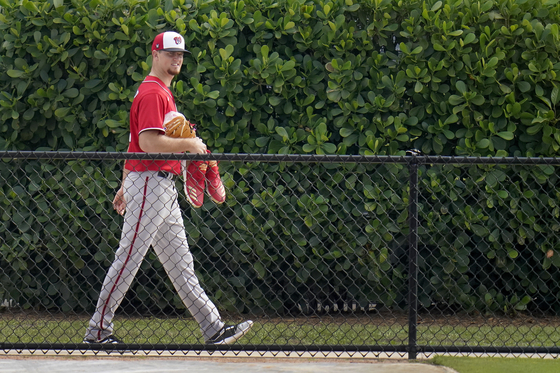 Eppler, a 28-year-old left-hander, played the 2019 season with the Buffaloes in Japan's Nippon Professional Baseball league. He spent the earlier years of his career playing in the U.S. minor leagues, most recently with the Rochester Red Wings, an affiliate of the Washington Nationals.

Eppler has picked up 41 wins and 38 losses with a 4.24 ERA across 130 minor league appearances. U.S. reports had already said on Thursday that Eppler was close to signing a deal with the Kiwoom Heroes, and a day later the Heroes made the announcement.

Each KBO club is permitted to sign three foreign players, with a maximum of two foreign pitchers. In practice, most teams generally opt for the maximum two pitchers and a slugger to round out the selection. All foreign players play on one-year contracts, so clubs have to renegotiate with last season's stars if they want them to return next year.

On Dec. 9, the Kiwoom Heroes had signed former MLB All-Star outfielder Yasiel Puig on a one-year deal worth up to $1 million. Kiwoom were reportedly among three clubs attempting to bring Puig to the KBO next season. In signing the former All-Star, Kiwoom have secured probably the most famous player ever to join the Korean league, but one that comes with his own problems as well.