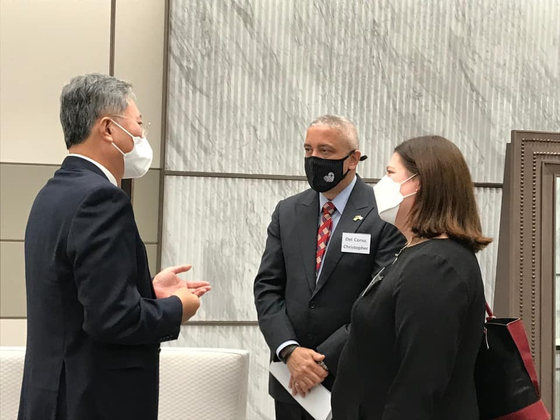 
The post of U.S. ambassador to Korea is approaching one full year of vacancy.

Korea, however, was not included. The last U.S. ambassador to Korea was Harry Harris, who left Korea in January. Robert Rapson was the deputy chief of mission in Korea until July, after which Christopher Del Corso filled his shoes.

The U.S. president first nominates the country's ambassadors, who are then approved by the Senate. In Korea’s case, a nomination is yet to take place.

The longest time for the position to ever be left vacant was around one and a half years, between the tenure of former U.S. Ambassador to Korea Mark Lippert and Ambassador Harris, whose appointment was approved by the Senate in June 2018.

“It is our understanding that the U.S. government is trying its best to nominate the American ambassador to Korea as soon as possible,” a Foreign Ministry official told the JoongAng Ilbo on Monday.

Some experts in Korea projected that the nomination may take place after the presidential election in March.

“Because we're in a situation where we're not sure what kind of government will come after the election in March next year, there is a possibility that the United States will watch the situation first, rather than rush to appoint the U.S. ambassador to Korea,” James Kim, a researcher at the Seoul-based think tank Asan Institute for Policy Studies, told the JoongAng Ilbo on Monday.

U.S. ambassador to Korea vacant for a year no nomination Biden administration

Thaad fallout needs to serve as a “wakeup call” for Seoul: Daalder