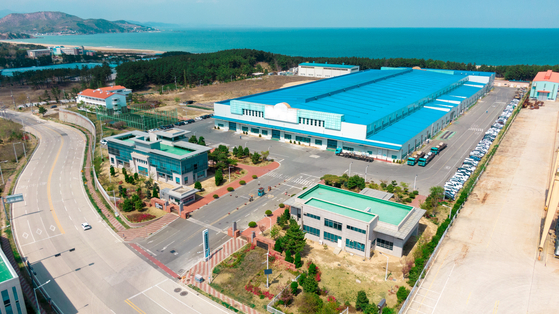 
Posco International is establishing a corporation in Mexico that will manufacture electric vehicle (EV) car components.

The Posco subsidiary said on Tuesday its board approved the plan to establish a corporation in Mexico that will operate a production facility for EV drive motor cores. The goal is to target North America, which has the largest EV market, and to strategically respond to eco-friendly mobility policies in the United States, Posco International said.

Posco International will control 80 percent of the Mexican company, while Posco SPS will own the rest.

Construction of a production facility is set to start in June next year. It is scheduled to start operation in the second half of 2023.

Around 300,000 drive motor cores will be produced annually at the outset, but the figure will jump to 1.5 million by 2030, said Posco International.

The company "will play our role in Posco's carbon neutrality goal by solidifying our stance as an EV component supplier," said a spokesperson for Posco International in a statement.