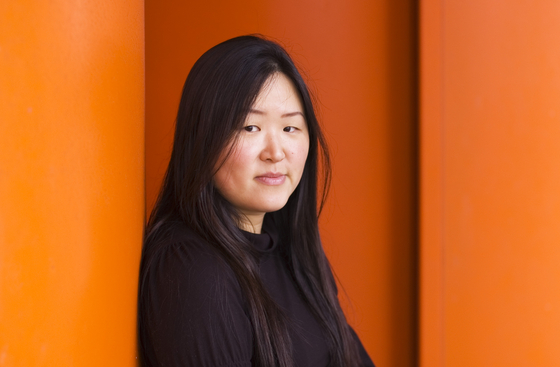 Lee Sook-kyung, senior curator of international art at Tate Modern in London, will be the new artistic director of the 14th Gwangju Biennale. [GWANGJU BIENNALE FOUNDATION]


Lee Sook-kyung, senior curator of international art at Tate Modern in London, has been appointed as the artistic director of the 14th Gwangju Biennale which is slated for April 2023.

“As the 30th anniversary of the foundation approaches, we hope to link Korean art with global art and display new regional perspectives by appointing a globally-active Korean curator,” the Gwangju Biennale Foundation said in a statement.

It is the first time in 15 years that the foundation appointed a Korean curator as its artistic director.

With a 28-year career including 14 years at Tate, one of the world’s most prominent museums, Lee is an established curator.

She is also known to successfully promote Asian art by curating Korean artist’s exhibitions such as “Nam June Paik: The Future is Now” at Tate in 2019.

For the upcoming event, Lee said that she wants to focus on issues of the global community with a transnational perspective.

“The role of art is to diagnose social issues such as racial and class discrimination, climate change and the pandemic and suggest ways to move forward,” Lee told the foundation.

Lee added that she plans to convey messages of new relationships and equal connections that are based on the spirit of Gwangju.

Gwangju is a historic city located 268 kilometers (166.5 miles) south of Seoul, that is representative of the democracy movement in Korea after a civilian uprising against the country’s dictator in 1980.

Established in 1994, the Gwangju Biennale is an international art event held every two years.