Until a few years ago, Korean alcohol like makgeolli (fermented rice wine) was considered by many as a drink from generations gone by. Even the fonts on the labels of makgeolli bottles were made to look like old documents on faded paper. Such alcoholic beverage also falls under the category of a “traditional” Korean drink, which meant youngsters weren't overly keen on trying it.

Now, with more and more people trying their hands at making their own alcohol, either as a hobby or as a business venture, there is much more variety in the market. Instead of heading to the countryside to set up a brewery or winery, they create a brewing space in Seoul. In addition, they focus more on the labels of their drinks, to try and entice customers by making their bottles as eye-catching as possible. Instead of sticking to the very basic way of making such beverages with fermented rice and yeast, some are using beer-making techniques to create new makgeolli or takju, a cloudy alcohol, yakju or cheongju, relatively clearer alcohols, or soju, a distilled drink.

“The expandability of Korean liquor is leading the change in the market,” said Lee Ji-min, a content creator at Daedongyeojudo, a company that promotes Korean drinks and also brews special bottles in collaboration with local makers. She explained new spots opening up in Seoul that focus on traditional alcohols are getting attention because there have not been too many before them. She added that new brewers also distribute their drinks to shops and restaurants, which have already established a sturdy customer base that enjoys drinking Korean alcohols.

“Youngsters are going for what’s visually attractive,” she said. “That in the design of the label, and even the ingredients being used to create colorful brews.”

The designs these Seoul-based brewers are using are similar to those you might see on trendy natural wine bottles or bottles of craft beer. The use of bold colors helps dispel any preconceptions that traditional Korean drinks are only for the older generations. So-called label drinkers are expanding the consumer market as they are happy to try out different bottles that appeal to them visually.

Traditional Korean alcohol's newfound popularity also stems from the younger generation, who were previously interested in the craft beer industry, looking for something new to try and also their desire to infuse their preferences into what they are drinking.

Craft beer used to be the “it drink,” but the trend has moved on and so have craft beer brewers. Many brewers joined companies that make makgeolli to diversify their alcohol-making experiences.

“Thinking outside the box is what’s making the Korean liquor scene more exciting,” said Fifi Kim, a brewer for 188 Brewery, who used to make and sell craft beer.

Brewers often willingly open their doors to visitors and communicate actively through their social media outlets to spread the word on how their drinks are made and where they can be purchased.

The Korea JoongAng Daily introduces some of the brewers that are better known on the traditional Korean alcohol scene.

Together Brewing
Owner and brewer Choi Woo-tack is based in Yeonhee-dong in western Seoul’s Mapo District with six drinks he has introduced over the years. They sell out almost immediately after he brews them. Choi, who currently makes all the drinks sold at his brewery and shop by himself, produces about 1,300 bottles a month. 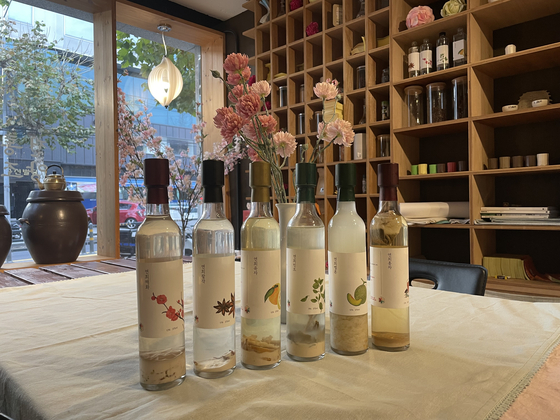 The six varieties of fermented rice drinks are flavored with six different items — mint, plum flowers, red tea, yuja (more commonly known by its Japanese name yuzu), melon and star anise. Star anise is to represent the neighborhood filled with Chinese restaurants, while red tea is to represent the cafe-filled street where Choi's shop is located.

After about a year of running the brewery and having most of his products sell well, Choi is now preparing to take over an entire building. In the new building in Hapjeong in Mapo District, which is currently being renovated, he plans to offer more extensive tasting and educational programs.

Drink maker Yang Yoo-mi, who previously made drinks for 3 Bears Meadery and Guruma Brewery, has launched a new brand named Epkkot, pronounced in Korean as eppeunkkot, which means a beautiful flower. Her motto is to make the most drinkable beverages. 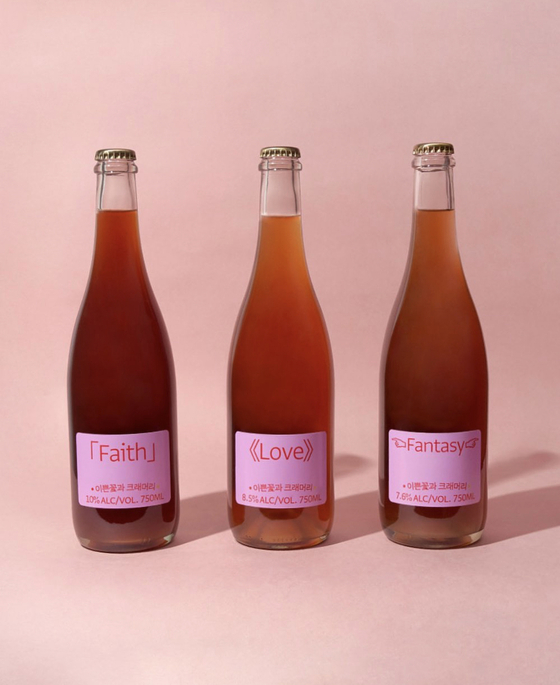 
While she focused on making her own drinks in breweries she previously worked in, she has been collaborating more with other beverage experts across Korea. As a cartoonist herself, she creates animations to announce news about the brewery, such as the release of new drinks or how she landed on collaborations with other drink makers. She also plans to make more non-alcoholic beverages in the coming years.

The space in Chungmuro is open for sit-down tastings of some of her products which are also available for purchase. 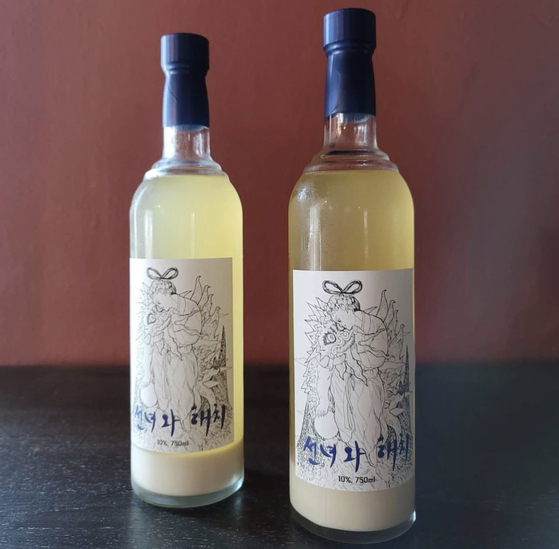 Owner Jung Kyung-han and brewer Fifi Kim focus on the acidic notes of the drinks in a bid to differentiate them from other traditional beverages. They experiment with different nuruk, a type of yeast that ferments rice, to bring out different flavors.

Their makgeolli, named Korean White, is put in a brown glass bottle, which would remind many of a beer bottle. They also created Fairy and Haechi (translated) in an attempt to make a takju that tastes like wine. Although the brewery doesn’t officially offer any tastings or tours yet, it does accept individual requests through social media. 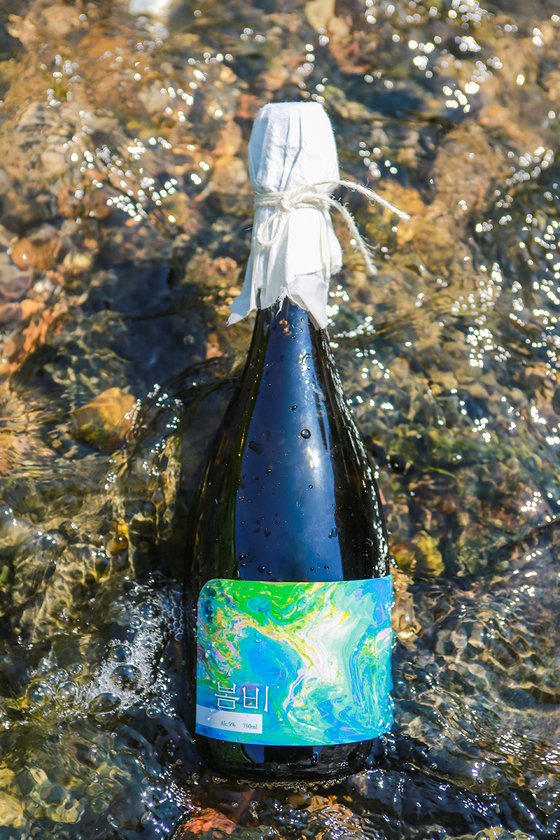 Husband and wife Han Jong-jin and Kim Hyun-ji used to run a shop that sold drinks made in Korea before deciding to try their hand at making their own. The pair aim to offer drinks that fit different seasons and different moods. Some examples of the names of their beverages are Spring Rain, Sunset, Sudden Rain Shower, Tropical Night, or Summer Ocean (all of the names are translated).

Summer Ocean has flavors of watermelon and blood orange, while Sunset is made with grapes from different regions across Korea. The couple also run a bar named Orora, which specializes in serving Korean drinks. 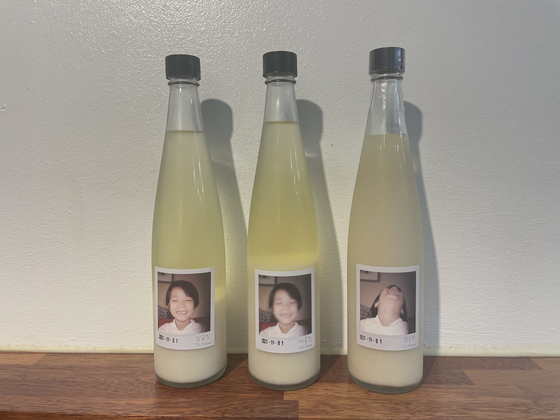 
The bottle with the highest alcohol content, 12 percent, has a photo of her bursting into laughter with her head tilted backward. 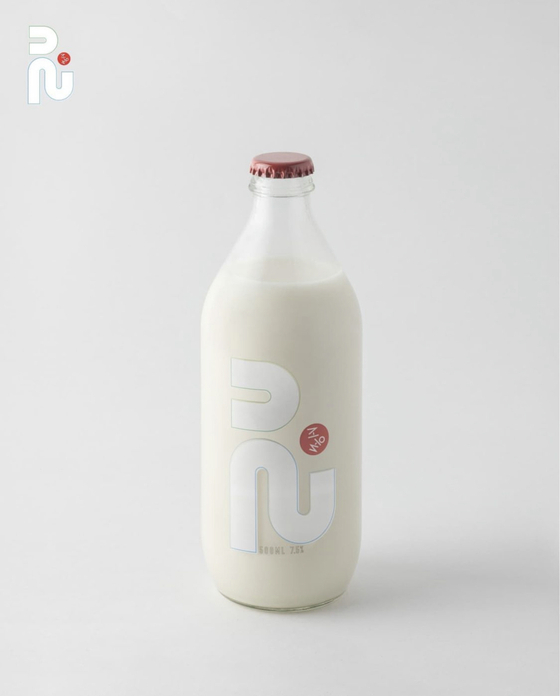 “Milk for adults” is the catchphrase the brewery uses to promote its milk-colored rice drink.

Brewer Ryoo In-su also encourages people to fill a decanter, a tool more commonly used among wine drinkers, with the entirety of the bottle before serving it in smaller individual cups. They say this is a good way to mix the liquid and any of the sediment that might have settled in the bottle.

For those looking to get in the festive mood the brewery has also launched a sparkling drink.