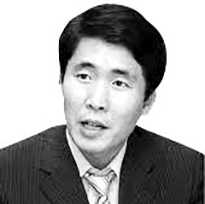 Lee Woong-hyuk
The author is a professor of policing at Konkuk University.


The Korean adage — “No tree can withstand the axe 10 times” — is not a romantic expression. It can in fact be a dangerous assertion to a serious crime. A recent series of murders are proof.

On Dec. 10, a 25-year-old man named Lee Suk-joon broke into the home in Songpa, Seoul, of a woman he came to know two months earlier and killed her mother. Her sister is also in a critical condition. A month ago, a man named Kim Byung-chan, 35, killed his estranged girlfriend in a corridor of an officetel.

A stalker’s obsession can be terrifying and life-threatening with unknowing consequences. In 1981, John Hinckley Jr. wounded President Ronald Reagan and three others in an assassination attempt to impress an Oscar-winning actress he was stalking — Jodie Foster.

A law to prevent stalking has been enforced in Korea since October. The law defines the crime of stalking and raises the paltry fine of 100,000 won ($84) to a maximum five years in prison and a fine of 50 million won. Still, stalking cases have only increased as there is a limit to containing the crime through stronger penalties.

To prevent a crime, quick police action upon receiving a report of stalking is imperative. Before the family in Songpa was terrorized by an armed predator, the police received a report from the victim. The police also confirmed the victim had been raped, the rape had been filmed and bruises were visible on her face. But the police let Lee go on the technicality that their was no legal condition for immediate arrest.

Four police stations were involved in the jurisdiction of a potential crime scene, yet there was no effective cooperation to protect the victim and her family. The murder in Jung-gu, Seoul, also resulted from similar laxity. The victim reported the stalker to the police five times and alerted the police asking for emergency help through a smartwatch. But the police went to the wrong location. The staff at the 112 emergency call center merely listened to the crime scene through the smartwatch recording.

The police, enlarged with enhanced authority, has created the National Investigation Headquarters and employed an autonomous local police system. But the changes are not doing anything. Despite the upgraded image, the inner software remains the same. Police officers even fled a violent scene, deserting the victims in danger.

Placing political demands ahead of civilian safety is another problem. Police must shake out of the past hierarchic and passive culture. Upon receiving an SOS from civilians, police must act first to protect and save people’s lives instead of coping with the situation after it is too late. The police and government must share the responsibility for letting the predator endanger the family members as well as the victim.

Strong-willed, responsive and able police must be ready and visible. Active police can proactively handle potential criminals like stalkers by detaining them instead of insisting on a verbal warning. To prevent a stalker from resorting to violence, the police must act proactively by trying to fix the stalker’s twisted thoughts during detention.

The police belatedly came up with measures to prevent stalking. But they are not sufficient. The change in the hierarchic order in command, depending on the gravity of the case, is not realistic in real life. The police and the local chief must have the full authority to act on the situation. The victims in the cited murders all died in minutes after they called 112. A stalker does not wait for the police to get their act together before turning violent.