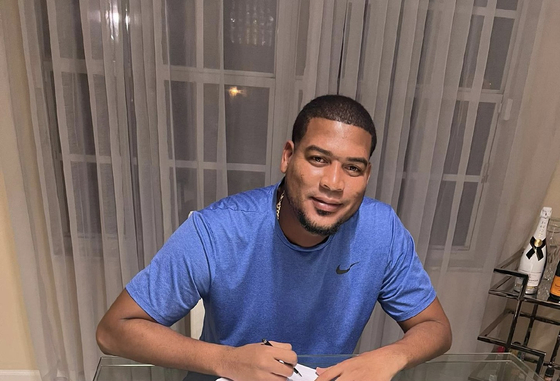 Ivan Nova is photographed signing his contract in a photo released by the SSG Landers. [SSG LANDERS]


The SSG Landers announced Tuesday that they have acquired former major league pitcher Ivan Nova on a one-year deal worth up to $1 million.

Nova, who is from the Dominican Republic, joined the New York Yankees as an international free agent in 2004. After years in the minors, he briefly joined the San Diego Padres through the Rule 5 draft before being sent back to the Yankees, where he eventually made his big league debut in 2010.

Although his star has started to wane in recent years, the Landers credited Nova's significant experience in the majors as their main reason for recruiting him. In 240 MLB appearances over 11 years, Nova has a 4.38 career ERA with 90 wins and 77 losses.

"I'm happy to be able to join a good club, and I'm grateful for the chance to take on the challenge of a new league," Nova said after signing the contract, according to SSG. "I want to meet the coach, coaching staff and team members as soon as possible, and I want to show a good performance to Korean fans and contribute to SSG winning next season."