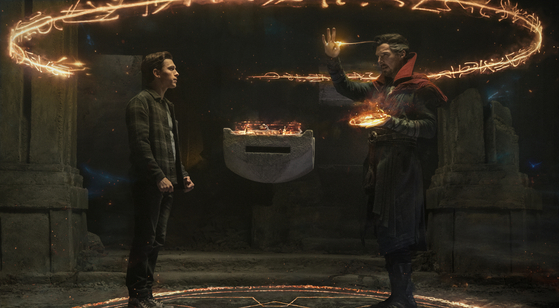 
Featuring Tom Holland, Zendaya and Jacob Batalon, "Spider-Man: No Way Home" is the last in the trilogy that began with “Spider-Man: Homecoming” (2017) when Sony Pictures’ Spider-Man entered the Marvel Cinematic Universe (MCU).

The film begins straight after the ending of “Spider-Man: Far From Home” (2019) as Peter Parker’s secret identity as the vigilante is revealed by his enemy, Mysterio (played by Jake Gyllenhaal).

His reputation has been ruined by Mysterio, so Peter and his friends — his girlfriend MJ (played by Zendaya) and Ned (played by Jacob Batalon) find themselves at the center of public backlash. Peter thinks of Doctor Strange (played by Benedict Cumberbatch) whom he fought alongside in “Avengers: Infinity War” (2018) and “Avengers: Endgame” (2019) and visits him in London to ask him whether there’s any way for everyone in the world to forget that he’s Spider-Man. Strange agrees to make it happen, but while he’s performing his spell Peter continues to interrupt him, and the spell is alternated. Villains from other universes in the “Spider-Man” trilogy directed by Sam Raimi (2002-07) and two of “The Amazing Spider-Man” films directed by Marc Webb (2012, 2014) begin to appear before Peter and disrupt his world. Now Peter must come up with a way to contain Doctor Strange’s spell. 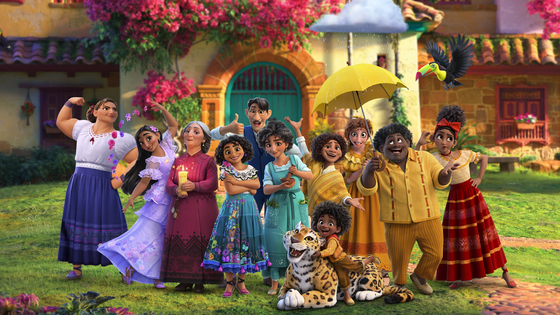 
Mirabel Madrigal is the only member of the Madrigal family who isn’t gifted with a superhuman ability. She was not “chosen” by the magical candle which grants the Madrigal bloodline with special abilities that are as distinct as their personalities: Her oldest sister Isabela is physically perfect, beautiful, and can make flowers bloom everywhere; her second oldest sister Luisa has superhuman strength; her mother, Julieta, can heal others with her cooking; her aunt Pepa can control the weather; her cousin Camilo is a shape-shifter and her younger cousin Antonio has the ability to communicate with animals.

The Madrigal family uses their abilities to help out other villagers and they depend on the family for the village to thrive. But when the magic candle that protects the family begins to falter, it’s suddenly up to Mirabel, the only non-magical member of the family, to save them.