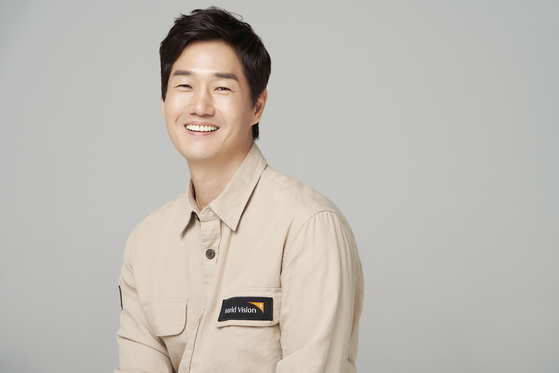 
Actor Yoo Ji-tae has become the first recipient of the “Kind Donor of Korea” award.

The National Council of Charity Organizations in Korea launched an annual awards ceremony together with the Ministry of Public Administration and Security and held its first edition on Wednesday. The awards have been organized to “honor the organizations and individuals who have taken the lead in sharing in various ways while spreading the donation culture.”

The “Kind Donor of Korea,” an award given to an individual, went to Yoo, who has been a goodwill ambassador for World Vision since 2011. The National Council of Charity Organizations in Korea said that Yoo was “recognized for his contributions in sharing good influence and continuously participating in volunteer activities for children and the underprivileged both at home and abroad.”

“There are still so many children suffering from hunger and disasters all around the world,” Yoo said as he received the award. “Their circumstances can change drastically with our smallest efforts. I hope more people can witness how much impact our acts of giving can have on these children so that they too can participate in good deeds.”