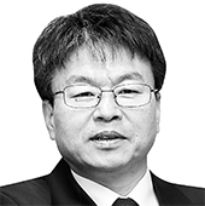 Bank of Korea Governor Lee Ju-yeol may raise the base rate two more times before his term ends in late March. All factors back the rationale for higher rates. Housing prices are sky-high, and the consumer price index rose 3.7 percent in November from the year-earlier period. Household debt has topped a whopping 1,800 trillion won ($1.5 trillion).

An additional base rate increase in January has been anticipated. The problem is what happens after March. The presidential election is held on March 9, and Gov. Lee’s term ends on March 31. Lee is known for sustaining a balance between professionalism and flexibility. But he may be innately hawkish. He stunned the market by pushing a rate increase in November 2017, when the inflation rate was at 1.8 percent, below the target 2.0 percent. Yet he orchestrated a preemptive action.

The central bank governorship is expected to remain vacant under the deputy governor as the next president will be sworn in May and won’t come up for appointment before June. Lee has said he does not wish to leave as a governor who left assets bubbly. He could implement another rate increase in February before he leaves. He would feel unsettled to leave the actual deposit rate in the negative territory — and with asset prices still overly inflated.

The devil is in the details regarding the lost decades of Japan. In October 1987, when assets began to become foamy, the Bank of Japan considered lifting the benchmark rate. But it was stopped by external factors — the plunge in import prices after the yen’s value doubled following the Plaza Accord. With the inflation rate at 0.1 percent, the rationale for a rate hike was too weak. In September that year, the United States reported its largest-ever trade deficit. On Oct. 19, stocks crashed on Black Monday. Japan could not act for fear of further upsetting American authorities. In the following two years, bubbles snowballed while authorities dilly-dallied. The burst was largely man-made.

There is a hidden reason behind the protracted collapse in the real estate market in Japan. Housing supply was not interrupted despite a plunge in prices. From 1990, annual supply averaged 1.4 million to 1.6 million units. Housing supply fell below 1 million from 2009. Japan brought about its own catastrophe. It went on with fiscal stimuli with a great portion feeding public housing. The vicious cycle from the burst of the asset bubble followed by stimuli, increased supply and a further fall in housing prices went on. The United States took a different approach. When the subprime mortgage crisis burst in 2007, housing supply that averaged 1.7 million declined to 870,000 units. The slowed private-sector housing supply helped prevent a further collapse.

A central bank that does not act promptly can bring about lasting consequences. The Bank of Korea started lifting its policy rate from August. The Covid-19 environment of last year caused deflation from lockdowns and depressed consumption. This year under variant threats, inflation posed a worry around the world from ultra-low interest rates and global supply bottlenecks. Monetary tightening and benchmark rate hikes will likely be a global trend next year. The unprecedented liquidity binge with borrowing rates in the zero territory is coming to an end.

Raghuram Rajan, a distinguished professor at the University of Chicago’s Booth School and a former governor of the Federal Reserve, warned of pain when central banks turn off the easy money tap. Abstinence from the addictive easy and cheap money can be serious. Bubbles are also hard to manage. They must be delicately handled so as not to suddenly trigger an unnecessary pop. Historically, hard-landing has been more common than soft-landing. In Korea, there are also apprehensions about a collapse in housing prices. Seoul National University Professor Kim Kyung-min predicts that housing prices could fall by maximum 17 percent from around June 2021, when the base rate reaches 1.5 percent.

Regardless of who becomes the next president, the incoming administration would have to clean up the mess from the spendthrift party. If bubbles burst, the entire financial system could shake. Harvard University Professor and former IMF chief economist Kenneth Rogoff warned that excessive debt always ended in financial crisis. In such cases, state bailouts would be in demand.

But fiscal coffers are open to finance populist promises ahead of the next presidential election. The ruling front has forgotten how the presidential spokesman came under fire for saying stockpiling in public finance can rot. Public finance is national value. It must not be wasted to buy votes. An old adage said that a farmer would not eat a seed even if he is starving. Presidential aspirants of both rivalling parties are less wise than a farmer. They vie with slander and populism instead of policy. The presidential race is turning more and more vulgar.

Stuck at an Olympic crossroads (KOR)

Taiwan stuck in the middle (KOR)