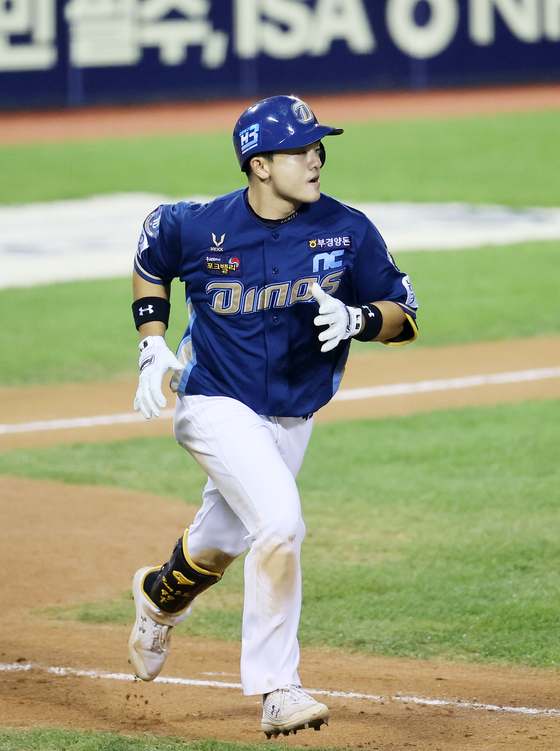 
The Doosan Bears on Wednesday chose Kang Jin-sung as their compensation player pick from the NC Dinos in exchange for the Changwon club signing free agent Park Kun-woo.

Under KBO rules, if a team requires a free agent that the KBO has classified in the top "A" tier of players on the market that year, the receiving club is required to compensate the player's former team. Compensation can come in one of two ways: Either three times the player's salary from the former season, or double their salary and a compensation player of the other team's choice.

Kang, a veteran multi-position player with experience at both first base and in the outfield, was not included on the Dinos' 20-man protected list.

Kang was drafted by the Dinos in 2011 and made his KBO debut in 2013. He completed his military service in the Futures League from the following year, and didn't appear in the KBO again until 2017. He became a regular fixture for the Dinos in 2020, appearing in 121 games and finishing the season with a .309 batting average.

"We will be able to defend both corners of the field and the infield, as well as gain a clutch batter at the plate," Doosan said in a statement.