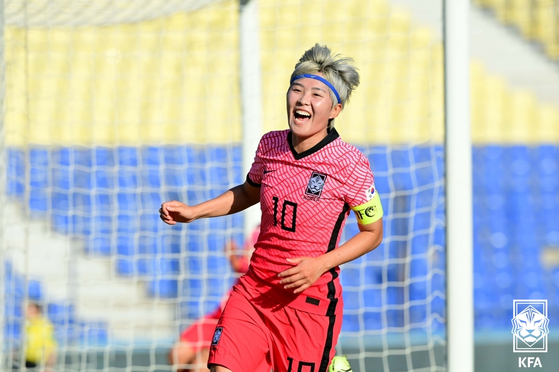 Speaking to the JoongAng Ilbo last week, Ji described the moment she made history.

"The ball fell right in front of my left foot, so I kicked it," Ji said. "It was a dream-come-true moment for me. I made another unforgettable memory in my football career."

Ji, who debuted on the national team at only 15-years-old to become the youngest-ever Taeguk Lady ever, scored her 59th goal with the national team in her 127th appearance with the Taeguk Ladies on Sep. 18 at the Asian Football Confederation Women's Asian Cup qualifier against Mongolia, outscoring Cha, also known as Tscha Bum, whose record of 58 goals had stood for decades.

"At first, it felt good just to have achieved the record itself," said Ji. "But as time went by, I looked back on my footballing journey that started in 2006. I am proud of myself for holding out and keeping my place for so long." 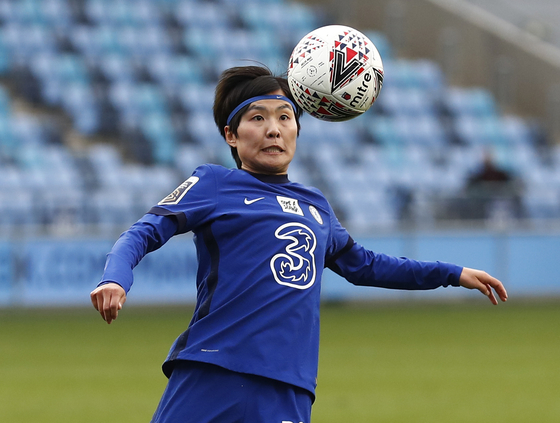 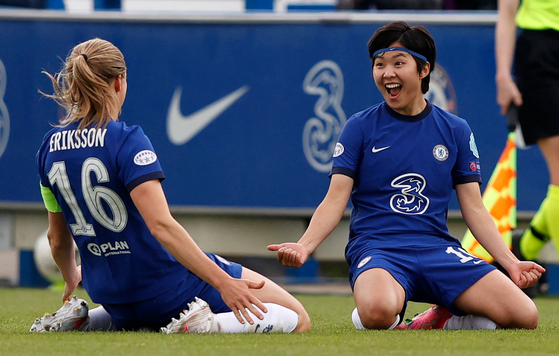 
Ji has been making strides for Korean women's soccer on the international stage for some time. She started her overseas career with Japanese club INAC Kobe Leonessa in 2011 and stayed until 2013. In 2014, Jistarted playing for Chelsea to become the first Korean to play in the FA Women's Super League.

“Ji is a complete midfielder,” ESPN said last month, “chipping in with goals and assists, but then doubling that up with an unrelenting engine in defense alongside her ability just to keep everything ticking along.”

"I am confident about my club career," said Ji. "I have experience winning in most events." 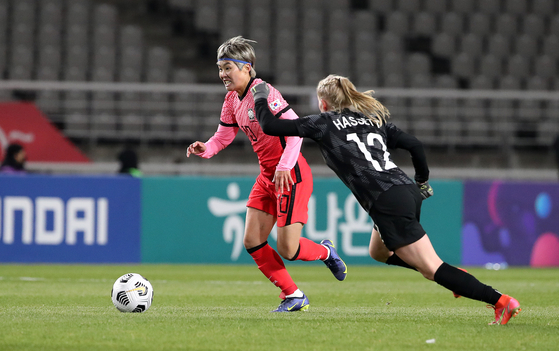 Ji So-yun, left, dribbles past the New Zealand defense in a friendly on Nov. 30 at Goyang Stadium in Gyeonggi. [YONHAP]


Despite her spectacular international career, Ji has never won a trophy with the Taeguk Ladies. Korea's best-ever finish was in 2015, when the World Cup was held in Canada.

She has her eyes set on the 2022 AFC Women's Asian Cup that starts on Jan. 20 in India. Korea will play their first match against Vietnam on Jan. 21, with the top five teams earning a berth at the 2023 FIFA World Cup co-hosted by Australia and New Zealand.

"I am extremely competitive and I have a very strong desire to win," said Ji. "Once I set my mind on something, I need to achieve it, even when I play against a men's team. This time, I will achieve my goal of winning the trophy with the national team."

"If this year was about breaking the all-time national team goals record set by Cha, who I respect very much, next year will be about stepping up to become the best team in Asia and reaching the World Cup."