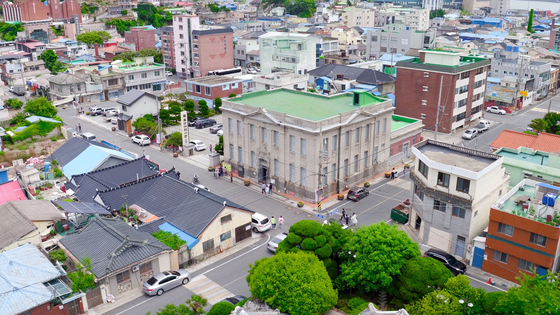 MOKPO, South Jeolla — Restricted international travel has not stopped Korea from making its cities appeal to people across the globe. The government has been trying to make the best use of the pandemic to set up infrastructure in order to make more cities as popular as Seoul.

The country designated Mokpo as a regional tourism hub in 2020 alongside Andong in North Gyeongsang, Jeonju in North Jeolla and Gangneung in Gangwon. Busan was chosen as an international tourism city.

“With the Ministry of Culture, Sports and Tourism, we are trying to foster more cities fit for global standards so that visitors want to come visit Korea and make their way to cities outside the Seoul metropolitan area."

Until 2024, a total of 100 billion won will be budgeted for the aim with 50 billion coming from the central government and the other half coming from the city government. The government will provide assistance in almost everything related to tourism assets ranging from setting up the strategy on how to appeal to potential travelers, developing cultural content that is only available to see in each region, diversifying means of transportation in a shorter amount of time, to marketing the new changes.

It is still too early to have striking new features added to each city, said Jang Il-rye, the manager of media marketing for the Mokpo city government’s tourism division, yet Mokpo has already started to promote the advantages of its location. It also plans to develop more urban spots to enjoy after dark, as well as experience programs.

As a harbor city located about 20 minutes away from Muan International Airport, it acts  as a hub city to take people out to nearby well-known tourist destinations, such as Purple Island in South Jeolla’s Sinan County.

The particular island was named on the list of Best Tourism Villages by the World Tourism Organization under the United Nations earlier this month, as one of the 44 villages from 32 countries on this year’s inaugural list. It is 30 minutes from Mokpo by car.

Another popular island destination from Mokpo is Jindo Island, known for its road that rises above water when the tide goes out. Other inland destinations that are easily accessible from the regional hub are Damyang, known for its bamboo forest, and Hwasun with many cliffs alongside its rivers.

For those wanting to avoid long travel times, Mokpo is a good city to stop to transfer to other means of transportation after getting off the express KTX train from Seoul at Mokpo station. The express train takes about two hours and thirty minutes at the moment from Seoul, but Mokpo officials expect the travel time to be shortened to under two hours in the future.

The harbor city even works as a starting point to travel out to Jeju Island, a popular spot for locals and international travelers alike. The overnight cruise ships take travelers from the harbor city to the island. Passenger boats are also available.

“Since Mokpo is a bigger city in the region, it is equipped with many overnight options for visitors so that they can travel by car or by boat to areas around Mokpo that are about one to two hours away,” said Jang. “It has also been positioned as a ‘flavorful city’ with its access to lots of fresh seafood for those whose main travel goal is to eat all the good things in the new cities.”


With the city establishing itself thanks to its restaurants serving a variety of tasty seafood, a local tour guide even jokes that locals in Mokpo are so meticulous with dishes served at restaurants that you won’t find a bad dining spot.
Mokpo has much more to offer than just its cuisine. Gohado Observatory is popular among visitors to the city thanks to its unusual appearance. Unlike most observatories which are solely built to offer visitors a view from a higher vantage point, this observatory has an interesting geometric shape. 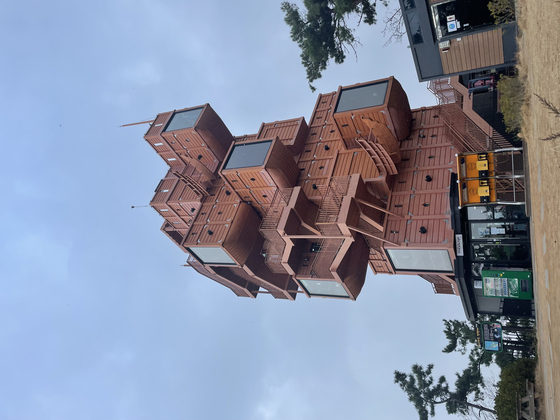 It is actually modeled after the boat admiral Yi Sun-shin (1545-1598) of the Joseon Dynasty (1392-1910) used in the Battle of Myeongnyang against the Japanese navy in 1597. Yi took his team to Gohado Island after winning the battle.

The former island which is now connected to the mainland by bridges still offers all the charm of an island but without a boat trip. The walking deck set up alongside the coastline, visible from the observatory, is also popular among visitors. 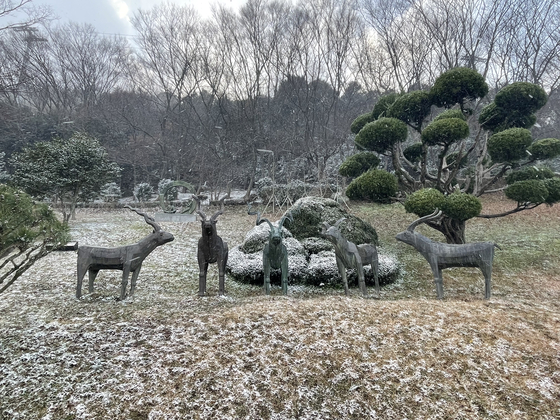 About a 10-minute drive from the observatory is Mount Yudal Sculpture Park. Many visit during the day to enjoy views of the cityscape, but just as many visit at night to check out the lights.

Another popular spot to enjoy natural heritage is Gatbawi, a type of rock formation formed by weathering. Folklore says that the rocks were formed when a son dropped the coffin of his father in the area and started to cry there. There are also two rocks, or bawi in Korean, that look like gat, a type of hat scholars in Korea used to wear. 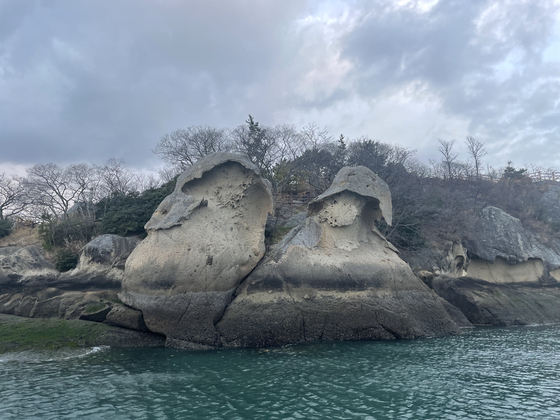 Gotbawi is made through years of weathering from the wind and tide. [LEE SUN-MIN]


While the nature Mokpo has to offer makes it an ideal destination for some outdoor exploration, there is also focus on developing its historical heritage. The remnants of buildings influenced by overseas trade dating back to when the city first opened its harbor, are currently being renovated. The aim is to recreate the streets so visitors can properly visualize how the area used to look.

The city currently operates Mokpo Modern History Museum in two different locations to show how the city used to look and how it has changed over time.