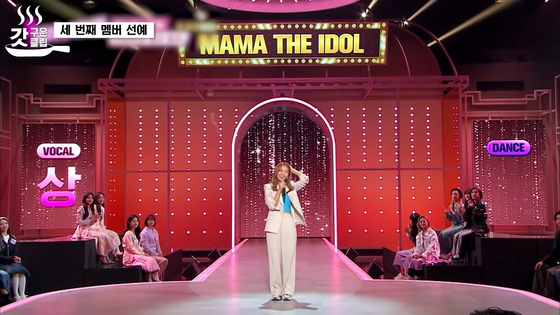 
TvN's reality show "Mama the Idol" is seeing favorable reviews and ratings since it began airing on Dec. 10. The show assembles six female singers who were once popular K-pop idols or pop stars but had to halt their careers due to childbirth and childcare. The final goal is for the six participants to re-debut as a new group.

"We were all stars before we became mothers," reads the catchphrase of the show. "Mama the Idol" describes itself as a "comeback project of legendary moms who were stars but had to leave our side due to childbirth and childcare."

The six "mama idols" appearing on the show are former members Sunye of Wonder Girls, Kahi of After School, Park Jung-ah of Jewelry and Yang Eun-ji of Baby V.O.X Re.V, as well as non-idol singers Byul and Hyun Jyu-ni.

From top, former members Kahi of After School, Park Jung-ah of Jewelry and Sunye of Wonder Girls. [TVN]


Although they had been away from the stage for quite a long time, many viewers welcomed their comeback on the small screen as they are still engraved in the public's memory.

Wonder Girls, of which Sunye was a member from 2007 to 2015, is considered to have established K-pop girl groups as we know them today, as well as popularized the signature catchy and bubbly tunes of the genre through its megahit "Tell Me" (2007).

Kahi produced many hits in girl group After School and also had a successful solo career.

Hyun is a singer and actress who has appeared in many popular K-dramas and films, most notably "Descendants of The Sun" (2016) while Byul is a ballad singer and also the wife of television personality Ha Dong-hoon, better known as Haha.

In order to debut again as a new group, the team of six women must gather 2,000 fan club members and 20,000 followers on social media. They are also tasked with various vocal and dance performance missions throughout the show to prove that they "still got it." 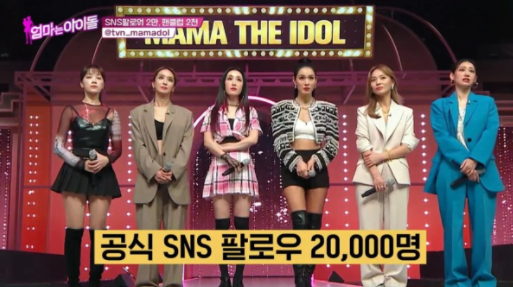 In order to debut again as a new group, the team of six women must gather 2,000 fan club members and 20,000 followers on social media. [SCREEN CAPTURE]


"A 'second chance' is a popular theme seen in many television shows nowadays," said pop culture critic Kim Heon-sik. "Another example is JTBC's audition show series 'Sing Again' [which requires contestants to be already-debuted singers who have not seen much commercial success.] And now, we're seeing a second chance given to stars who were once superstars."

Kim continued that "Mama the Idol" is bound to receive support from female viewers, especially those in their mid-30s and 40s, who were likely fans of the singers during their heydays.

"'Mama the Idol' tells a narrative focusing on women — these female stars had to take a hiatus because of marriage and childcare, but are challenging themselves to get back on the stage," he said. "Female fans who loved them at the peak of their popularity have grown older too and are likely to be mothers themselves today. Many of them also may have halted or ended their careers because of childcare. So it's natural for them to become emotionally invested in the female stars' attempts to resume their careers and gain a sense of vicarious satisfaction." 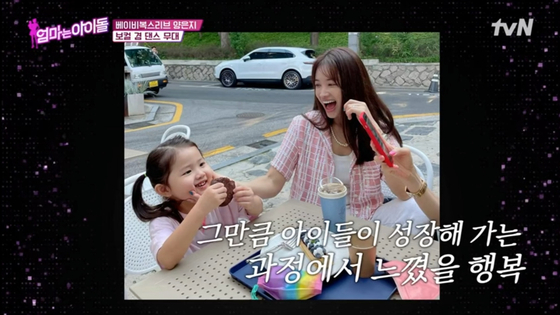 
According to a report by Statistics Korea released in November, 1.45 million women quit their jobs during the first half of 2021, and 65 percent of them cited childbirth and childcare for their decisions to do so.

"In a way, the show sheds light on how even female K-pop idols cannot avoid career interruptions caused by marriage and motherhood," Kim added. "Women in similar age ranges can empathize with that reality because it also affected them or potentially will in the future."

Pop culture critic Ha Jae-keun pointed out another factor behind the show's success.

"Since there's so many platforms for younger generations to watch shows on, a large portion of viewers who watch television today are relatively older women above their mid-30s and 40s," said Ha. "Naturally, topics that appeal to that demographic often become popular. Women in that age group can feel nostalgic about the good old days when those stars were highly active, or get emotionally invested if they're also stay-at-home mothers." 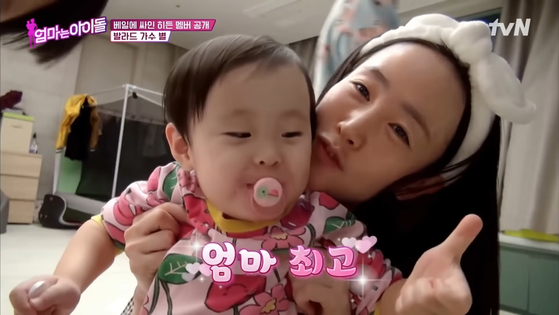 Ballad singer Byul with her child. She is a mother of three. [SCREEN CAPTURE]


"Female idol singers' popularity used to be heavily affected by their age," critic Kim said. "Compared to male idols, women were much more harshly judged on their youth or the effects of aging on their looks. But nowadays, more fans of female idols are women and are very loyal. Such change in fandom culture has led to a program like 'Mama the Idol,' which breaks those outdated barriers and brings female idols back on the stage. I think it's a very meaningful concept that can also vicariously console stay-at-home mothers who had to give up their careers."