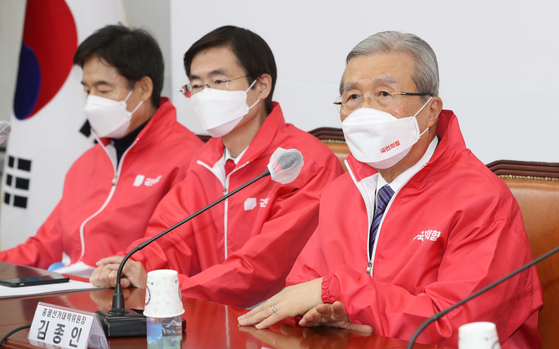 
The state anti-corruption watchdog faces growing outrage from media organizations and the main opposition People Power Party as revelations mounted that the office made multiple requests for the phone records of not only more journalists than were revealed last week, but also lawmakers in the PPP's election campaign headquarters.

According to PPP staff and lawmakers on Tuesday and Wednesday, the Corruption Investigation Office for High-ranking Officials (CIO) requested their phone records from their telecommunications companies.

The individuals whose phone records were collected by the CIO include Jang Neung-in, the PPP election campaign’s secretary for youth affairs, and PPP lawmakers Lee Yang-soo and Cho Su-jin.

Meanwhile, the number of journalists known to have been targeted through the office’s phone record requests from major telecommunications companies surpassed 100 on Tuesday, with a total of 13 media outlets having their employees’s data probed without their knowledge.

The office was found to have mostly requested the data of reporters working at the newspaper’s Social Affairs desk, which covers criminal and legal incidents.

The CIO’s data requests appeared to cover mainly reporters who covered scandals involving the CIO itself, raising suspicions that those whose phone records were requested by the agency were targeted for releasing unfavorable coverage of the agency.

Data requests involving TV Chosun journalists were submitted after the television channel aired allegations that the Seoul Central District Prosecutors’ Office chief Lee Sung-yoon, who was accused of breaking the law to stop scandal-ridden former Vice Minister Kim Hak-eui from fleeing the country, compromised the integrity of a pending CIO probe by sending a secretary under his command to meet the CIO chief in his government vehicle on April 1, which TV Chosun confirmed through closed-circuit surveillance footage from a building next to the Gwacheon Bypass in Gyeonggi, near the CIO’s headquarters.

The CIO is currently under investigation by the Suwon District Prosecutors’ Office on suspicion of issuing a false official explanation of the incident.

However, in the case of the TV Chosun reporters, the CIO’s requests for phone records did not stop at the journalists themselves, but extended to their family members.

Although the office claimed that the data requests “merely followed established legal procedures for the purposes of checking the suspect’s phone contacts,” the unlikelihood that the reporters’ family members were in contact with suspects in the probe raised suspicions that the CIO was rifling around for other purposes.

In response to the additional revelations, PPP election campaign chairman Kim Chong-in blasted the CIO in comments to the PPP’s election committee on Thursday.

“[The ruling party] created the CIO to reform the state prosecution service, but it is now turning into a bureau of terror,” Kim said.