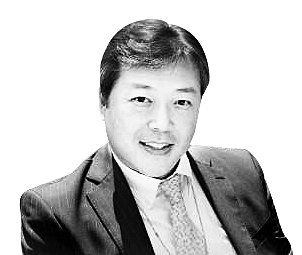 Kim Hyun-ki
The author is the Tokyo bureau chief of the JoongAng Ilbo.


The 570-year-old Ryoan-ji is a temple in Kyoto, with a 25-meter by 10-meter garden with white pebbles and 15 stones. However, looking from any direction, you can only see 14 stones, as one is always cleverly hidden. It’s the same even when you change your angle. It symbolizes the principle of life that you cannot have everything and what you see is not everything. There is a reason why the British royal family chose this small garden as the only place to visit for Queen Elizabeth’s trip to Japan in 1975. The futility of pride and exaggeration is the lesson which is valid in the East and the West.

At the U.S.-Japan summit in April, vaccine diplomacy was the center of attention. At that time, Japanese Prime Minister Yoshihide Suga did not reveal the details of a deal with the U.S., saying the deal was not signed yet. After the summit, a public health minister said that the government seemed to have ordered enough doses to vaccinate everyone over age 16 in Japan. They turned out to be “50 million doses of Pfizer vaccine.” If the difference between 1 million doses of Johnson & Johnson vaccines and 50 million doses of Pfizer vaccines really made Korean people angry, President Moon and the government should be ashamed of their exaggeration.

In May, the Moon administration concentrated on getting the AstraZeneca vaccines — which was later called the “water vaccine” — to the elderly in order to boost the vaccination rate. At the G20 summit in October, Moon announced the “Living with Corona” policy, saying that Korea achieved the highest vaccination rate at the fastest speed. It was a declaration of victory to the world. Moon also said that Korea’s experience would be actively shared with the rest of the world. He only mentioned the visible numbers and ignored how people vaccinated with AstraZeneca had one-fifth the antibodies of those who got Pfizer. The result is a “U-turn to social distancing” after 45 days. Concerned of criticism, President Moon said at a Cabinet meeting on December 21 that “ordeals make success.” The president’s pride led to the people’s ordeal and they are paying the price. Could he really talk in such a leisurely manner?

Japan conducted clinical trials of Pfizer, Moderna and AstraZeneca on its own citizens. Based on the results, AstraZeneca was given to developing countries. Science was prioritized. Japan preemptively controlled the influx of Covid-19 from abroad and curbed vaccine side effects to an excessive degree There was no boasting, no arrogance, no exaggeration.

Let’s take a look at the daily report cards for disease control in Korea and Japan, which were announced on December 22. The number of daily cases in Korea was 7,456 while Japan had only 249. While 1,063 critically-ill patients were reported in Korea, only 28 were found in Japan. When 78 Koreans died on Dec. 21, only 2 Japanese died of the virus. Considering the population difference (Japan is 2.34 times larger than Korea), the difference is nearly 100 times. Of course, I am not saying that the difference means Korea is wrong and Japan is right. It can change anytime. No one knows where we are in the running of the Covid marathon. Let’s stop exaggerating by seeing what you want to see.

As the pandemic has noticeably eased in Japan over the past two months, I thought Prime Minister Kishida would say something. But at the Diet on December 21, he said, “We will continue to be cautious about the unknown danger of Covid-19.” That is a faithful reflection of the teaching in the Buddhist temple in Kyoto.