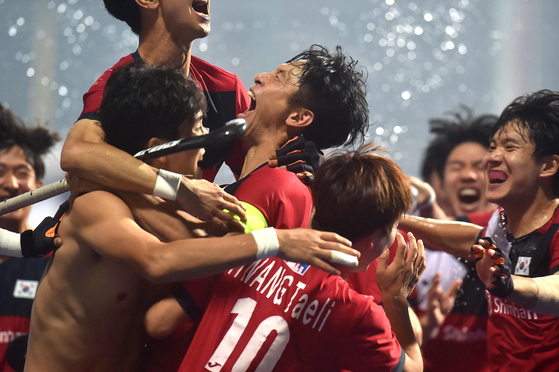 
The Korean men's hockey team won their first-ever trophy at the Asian Championship Trophy tournament in Dhaka, Bangladesh on Wednesday, after a big comeback against Japan in the final.

Korea, who were competing in their first-ever final, had previously faced Japan in a preliminary match on Dec. 15, holding the neighboring country to a 3-3 draw. Wednesday’s match seemed to be going the same way, with the score tied at full-time and Korea eventually winning a penalty shootout to take the trophy.

Korea opened the scoring just eight minutes into the first period with a goal from Jeong Jun-woo. Sixteen minutes later, Japan leveled the score then ran away with two more goals in the 29th and 38th minutes, taking the score to 3-1 by the end of the third period.

Jang Jong-hyun came to the rescue for Korea, scoring the national team's second point in the 55th minute. Then, with just 13 seconds left on the clock, Jang was given a second short corner after a VAR review overturned his first short corner. 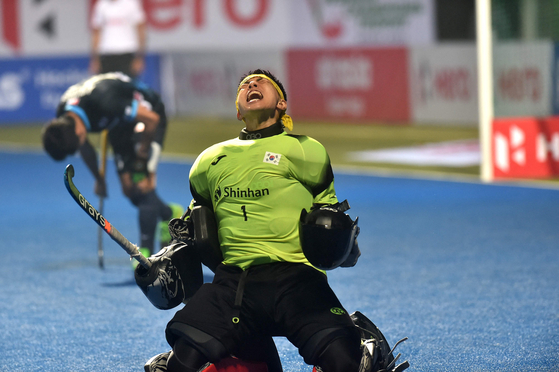 Korea's goalkeeper Kim Jae-hyeon reacts after saving a goal during the men's field hockey final between Korea and Japan at the Asian Championship Trophy tournament in Dhaka, Bangladesh on Wednesday. [AFP/YONHAP]


With six seconds left on the clock, Jang came through and tied the score at 3-3, pushing the match into a penalty shootout.

Jang, who scored 10 goals in Korea’s six matches, was the best scorer of the event across all teams. World No. 3 India won the bronze medal, beating Pakistan 4-3 on Wednesday. India and Pakistan both entered the tournament as defending champions, having been declared joint winners in the 2018 tournament.