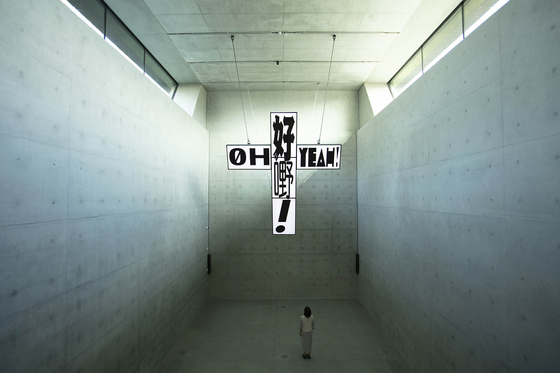 ″Crucified TVs - Not a prayer in Heaven″ by the Seoul-based artist duo Young-Hae Chang Heavy Industries now on view at the Focus Gallery in M+. [M+] 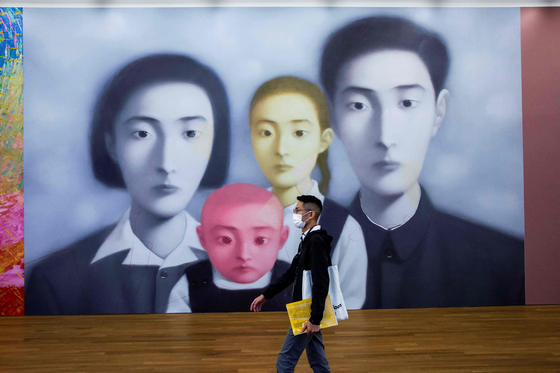 "Bloodline-Big Family No. 17″ by artist Zhang Xiaogang is seen during a press tour of the new M Museum in Hong Kong on Nov. 11. [AFP/YONHAP]


Six weeks have passed since M+, a new contemporary visual culture museum, opened its doors to the public in the West Kowloon Cultural District of Hong Kong.

M+ is currently holding multiple exhibitions across 33 galleries and other display spaces in the 65,000-square-meter (700,000-square-foot) M+ building designed by a team of the famous architecture practice Herzog & de Meuron in partnership with TFP Farrells and Arup.

While many art fanatics in Korea would love to visit the museum, the pandemic-related restrictions for arrivals in Hong Kong from Korea make the trip significantly more cumbersome, if not downright unmanageable.

But thanks to two Koreans with ties to the museum, art lovers here may be able to get a better feel for what the vast museum is like without having to leave the country. 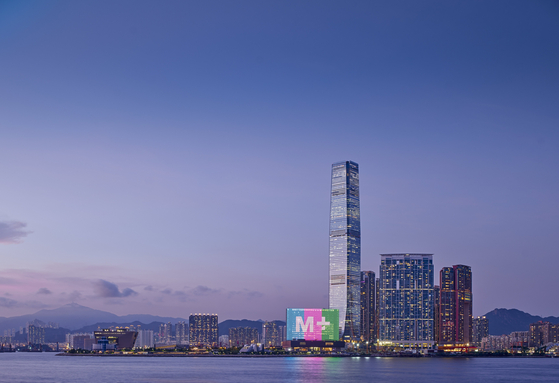 The view of M+, a new contemporary visual culture museum that opened its doors to the public in the West Kowloon Cultural District of Hong Kong in November. [M+] 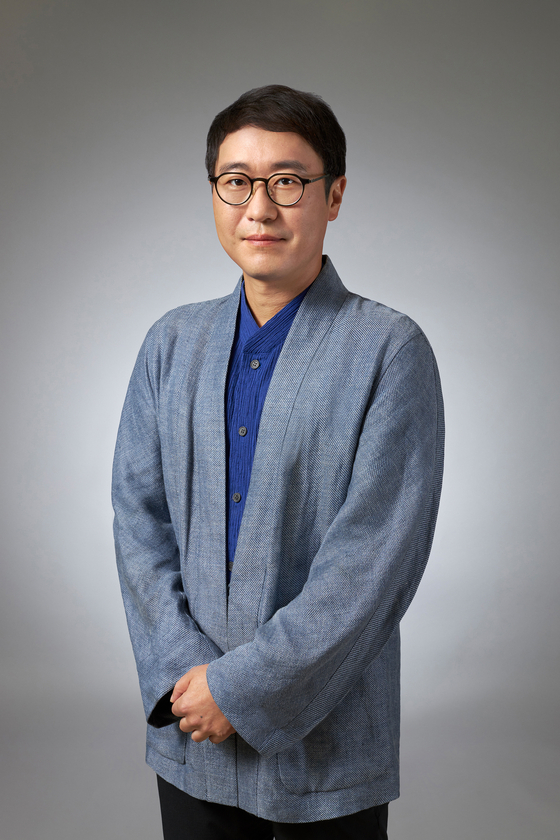 Pictured is M+ deputy director Doryun Chong, who has been chief curator of the M+ museum since 2013. [M+]


M+ deputy director Doryun Chong has been chief curator of the museum since 2013 — long before its much-awaited and delayed opening in November. Early this month, the London-based magazine ArtReview ranked Chong along with the museum’s director Suhanya Raffel as No. 78 on its annual Power 100 list of the most influential people in art, saying, “With the opening of the museum comes the opportunity to expand global art discourse in a way that offers greater visibility to Asian perspectives.”

Additionally, chef Sung Anh of Mosu Seoul, a two-Michelin-starred restaurant, will open a new restaurant branch under the same name at M+ early next year.

In a remote video interview with the Korea JoongAng Daily, Chong emphasized that M+ is not only a contemporary art museum.

“Hong Kong hadn’t had proper museums before and needed multiple museums at the same time for contemporary art, design, architecture and films, including those from the golden age of the Hong Kong cinema in the 1980s and 90s and others,” he said.

“Accordingly, it was decided to establish a museum that encompass all these fields of visual culture in the 20th and 21st centuries, starting with that of Hong Kong, and then Asia and then Asian descendants in other cultures and so on,” he continued. “The museum was tentatively named M+, which means ‘more than a museum.’ Everybody liked the name, so it became the official name.”

M+ opened with a presentation of 1,500 works in six thematic exhibitions that focus on different aspects of the museum’s collections. M+ collections in total consist of more than 8,000 pieces of visual artworks, including 1,510 pieces donated by Swiss collector Uli Sigg, in addition to moving image works, design objects, architectural projects and archival items.

Some exhibitions on display are “Hong Kong: Here and Beyond,” which captures the city’s unique visual culture from the 1960s onwards; “M+ Sigg Collection: From Revolution to Globalisation,” which explores contemporary Chinese art from the 1970s through the 2000s through works from the collection donated by Sigg; and the solo show of the renowned British sculptor Antony Gormley, which features an expansive installation of tens of thousands of clay figurines he created together with over 300 villagers from a Guangdong village in five days in 2003.

″Crucified TVs ? Not a prayer in Heaven″ by the Seoul-based artist duo Young-Hae Chang Heavy Industries is now on view at the Focus Gallery in M+. [M+]


“We will continue to collect works of visual culture and will attach importance to making archives,” Chong said in the interview. “For example, we will have the entire body of work by Young-Hae Chang Heavy Industries [a Seoul-based art collective consisting of Korean artist Young-hae Chang and American poet Marc Voge which creates mainly video works composed of text and music]. We already have the edition of every work created by the duo and will have the edition of every work to be created in the future."

Chef Ahn, in a phone interview with the Korea JoongAng Daily, said, “The new Mosu at M+ will be neighboring the museum’s Focus Gallery where only one art piece is exhibited, so people dining in the restaurant will be able to view the work through a large window. Currently at the gallery is a video sculpture by Young-Hae Chang Heavy Industries. The work seems to show a spectrum of contemporary visual culture, of which the museum wants people to have an in-depth understanding.”

Ahn added, “The scale of M+ is amazing, and its structures and architectural details are very thoughtful.”