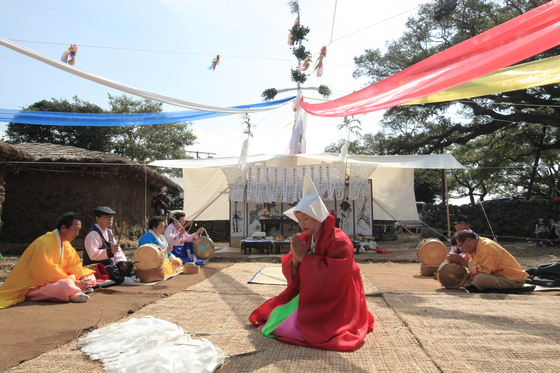 Gut is a traditional Korean shaman ritual and Jeju keungut is the oldest shamanistic ritual that preserves the original form of Korean gut on Jeju island.

Jeju Keungut encompasses traditional music, dance and games, as well as the history of the people of Jeju. [CULTURAL HERITAGE ADMINISTRATION]