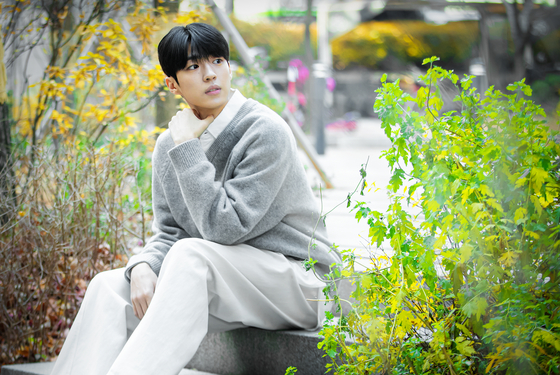 
Model Baek Sung-chul has taken his first step to expand his presence in the world of television. The 22-year-old, who debuted as a model in 2019, took his first TV role in JTBC drama “Inspector Koo,” which ended earlier this month.

He played a character named Santa, an assistant to inspector Koo played by actor Lee Young-ae, who rarely talks out loud. His voice was rarely heard in the show, so he had to use his facial expressions and body language to get his feelings and emotions across.

“The director from the very beginning told me not to try to understand Santa,” said Baek, during an interview with Ilgan Sports, an affiliate of the Korea JoongAng Daily.

Below are edited excerpts on how Baek made his scenes work.


Q. Wasn’t it difficult to play a character that doesn’t have many lines?

A. By the time I started filming, I was given scripts up to episode 3, and I didn’t have any lines. I expected to get some lines after that, but nothing came up. That was a bit weird for me. Because I didn’t have any lines, I had to show everything through my facial expressions and body language, and that was really not easy.

What did you do to make things work even without lines?

Because I have to do everything with my face and body, I started to think that I may not be seen in the scenes. So I tried to make big gestures. I didn’t want to make any mistakes since I was acting with many other veteran actors, so I practiced a lot. 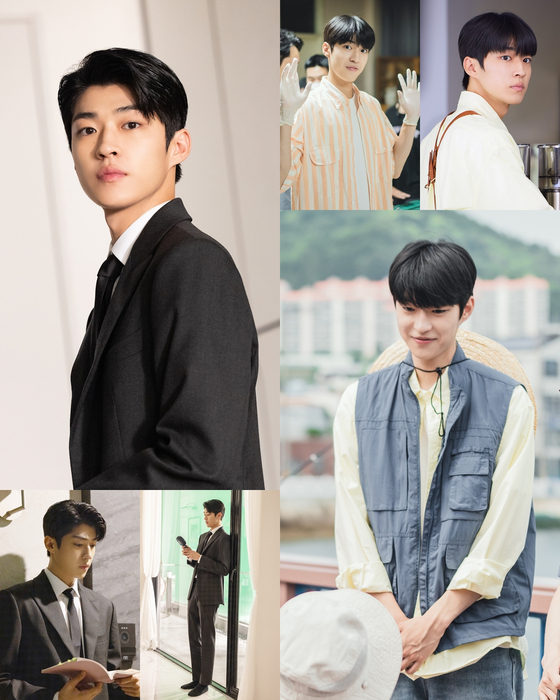 
How did it feel to have a scene in which you sing a song?

I had to keep the audience curious for the scenes when I actually say something out loud. That was something I focused on. I don’t sing very well, but I do enjoy singing, so I was satisfied with the scene personally.


Were you always interested in acting even after you debuted as a model?

I was only 162 centimeters tall when I was in the second grade in middle school. Then the year after, I grew by 20 centimeters. [Becoming a model] was something I couldn’t even imagine doing back in middle school. By the time I graduated from high school, I first thought about pursuing a career as a model. I started college [to major in modeling and acting] and I joined an agency to work as a model. Then I had a chance to film a music video and some other video content. I filmed about five different music videos, and it was really fun having lines. That was when I started to get more interested in [acting]. I also think I can concentrate more on what I do as I work together with other actors on set. It is so much fun to do lines together with partners.


Isn’t it difficult to model and act?

I did eight shows after I debuted as a model in 2019. I wondered whether a newbie like myself could do eight when there are many who can’t even do one. When I stand right in front of the runway, everything around me seems so blurry except the runway. The feeling you have when taking a turn at the end of the runway and making eye contact with the audience really is so electrifying. That’s the charm of being on a runway. I do modeling and acting together right now, but I don’t think that I have accomplished my dreams. I am not a top-class person in either field and I still lack in so many things. There is so much I need to learn. 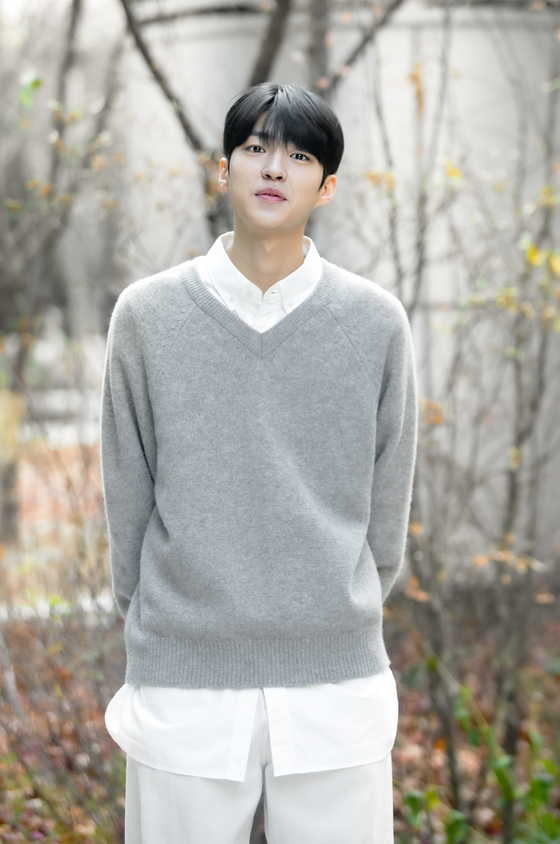 
What do you usually do during your spare time?

When I don’t have filming or any schedule to follow, I just spend time at home. I like cleaning, doing laundry or decorating my home. I like things to be clean. I can’t stand even one piece of hair. When I meet with friends, we go to cafes or play soccer.


What type of an actor do you want to be?

I want to become an actor that people just trust to watch anything I’m in. As I continue building my career as an actor, I hope to remain as someone that never loses sight of their initial goal. I do want to film many different works, since I have done only one television drama. People tell me not to take on too much so that I can remain healthy, but for my age, I think working more seems like the right thing to do.