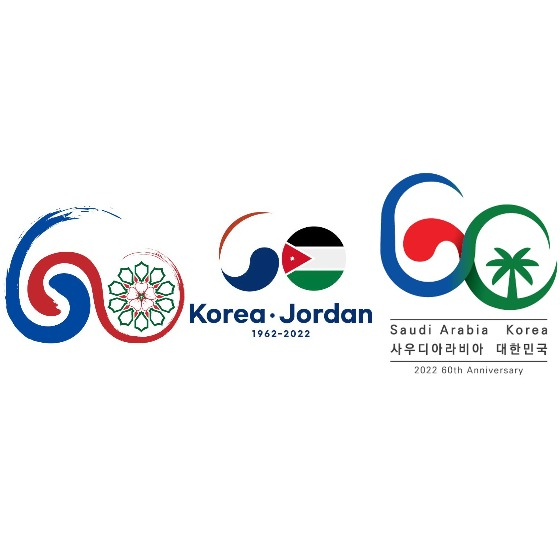 The logos for the celebration of the 60th anniversary of relations with Korea in 2022 were selected on Wednesday, announced the embassies of Morocco, Jordan and Saudi Arabia in Korea. From left to right are the logos selected for Morocco-Korea ties, Jordan-Korea ties and Saudi Arabia-Korea ties. The logos' creators, also from left to right, were Anass Sidki, Choi Jung-hyun and Yoon So-yeon. The logo contest was held by the Korea-Arab Society together with the three embassies in Seoul and Korea's embassies in the three countries. [KOREA-ARAB SOCIETY]