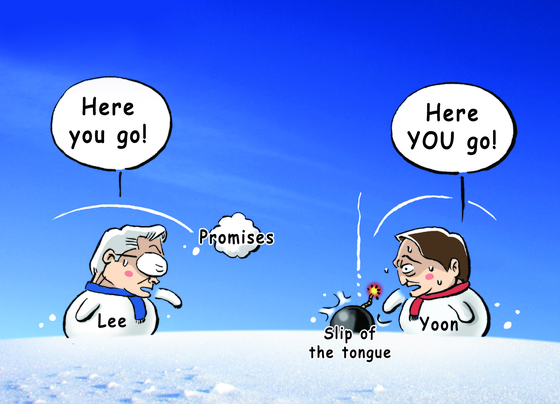 While ruling Demoratic Party (DP) presidential candidate Lee Jae-myung is busy presenting one populist promise after another — for instance, 2-million-won ($1,684) monthly pay for military volunteers — ahead of the March 9 election, rival Yoon Suk-yeol of the opposition People Power Party (PPP) continues making one slip of the tongue after another, including his reluctance to have a television debate with Lee, citing a “lack of public interest in TV debates.” Yoon made the remarks on Christmas. [PARK YONG-SEOK]