In Korea, thinking about China

In Korea, thinking about China 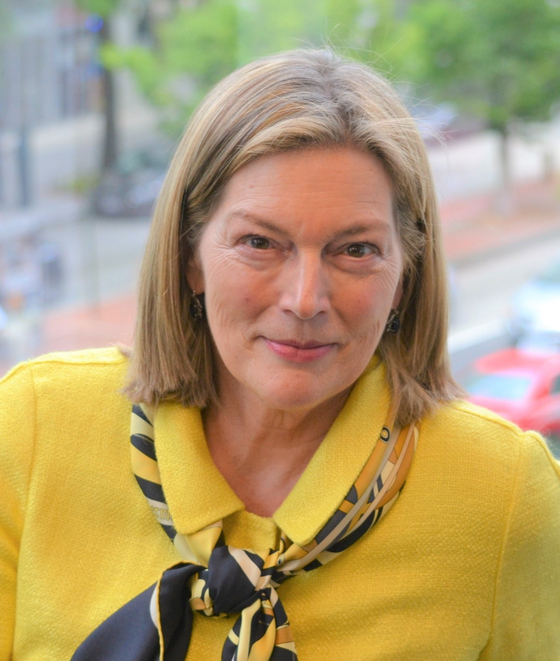 The Korean Air flight from Los Angeles landed at Incheon Airport early dawn the last Monday of November. I was on it, and I was nervous. I hadn’t been in Korea — or anywhere outside the U.S. — in almost two years. When I last departed Seoul in February 2020, a Korean friend gave me a small gift bag filled with KF-94 masks, saying, “You might need these.” What an understatement that turned out to be.

Now I was back, still wearing a KF-94 mask, this time from those received in a “care package” the Korea Foundation had mailed to former Peace Corps volunteers. The departure from Los Angeles had been fraught, Southern California’s misnamed “freeways” gridlocked and LAX airport choked with post-Thanksgiving travelers returning from long-postponed family reunions. Over Thanksgiving it had taken me multiple tries and many hours to navigate the chaotic PCR testing process at a local pharmacy, and the list of documents I’d need to present upon arrival in Korea was daunting.

But the flight was smooth, passed quickly by watching Korean movies, and Incheon Airport was immaculate and eerily quiet in the early dawn as we deplaned. There were numerous new pandemic-related layers of inspections, but they were thorough, efficient and professional. I was impressed. Dawn was breaking as I began the drive into Seoul, and before 9 a.m. I was outside a local health center for another PCR test. Again the process was well-organized. Standing in a quiet line under a chilly winter sky, Korea did seem like a “Land of Morning Calm,” especially after living through America’s disastrous Covid-19 experience, with over 800,000 deaths, including one out of every 100 Americans over age 65.

I’ve lived 11 years spread over four decades in Korea, and visited countless times. Every time I feel I must discover Korea anew; the proverb “In 10 years, even the mountains and rivers change,” is literally true in Korea, and even an understatement. I quickly realized that this time, I had to pay especially close attention; digital contact with Korea, including hundreds of hours on Zoom and other online platforms, had left out a lot. 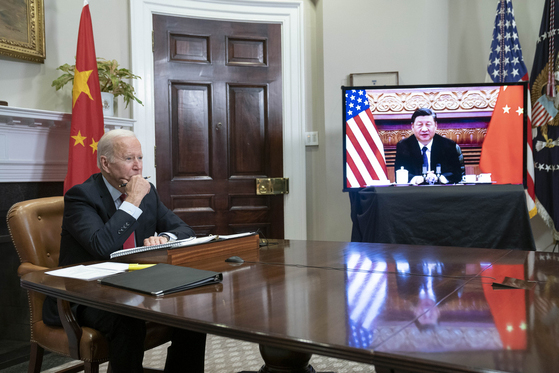 U.S. President Joe Biden speaks with Chinese President Xi Jinping in a virtual summit from the White House on Nov. 15 amid the deepening tension between the two countries over global hegemony. [UPI/YONHAP]

I was struck by the depth of weariness in Korea with the pandemic and the way it has disrupted and intruded into every aspect of life, further exacerbated by the unpredictable and worrisome impact of the Omicron variant. Korea’s public health system and bureaucratic competence may be envied by those of us who live in countries where we don’t take these things for granted. But from Koreans, I heard that “Covid blue” (depression) was bleeding into “red” (anger) and “black” (despair). Korean resilience and adaptability in responding to the challenges of the past two years is more appreciated from the outside than in Korea itself. The viruses of disinformation, politicization, and polarization are circulating in Korea, too, though at this point not as virulently as elsewhere.

I found worry in Korea about a lot of other things in addition to when and how the Covid-19 crisis will play itself out. A presidential election widely viewed as uninspiring or worse. Narrowing economic opportunities for the rising generation. Korea’s multiple generation gaps. Feminism and anti-feminism. Questions about America’s future direction, and whether it will include Trump or Trumpism. What’s next with a self-isolated North Korea. Are the U.S. and China headed for a cold war, or a hot one. Why the Biden Administration hasn’t gotten around to nominating a new ambassador to South Korea, especially given the priority attached to the alliance. All topics for more dialogue, preferably increasingly in-person. And for some future columns.

But I departed Korea after two weeks thinking that, above all, Koreans and Americans need to talk more with each other about China, and the reshaping of our respective understanding of and relationships with China. This is the big strategic shift in the global landscape, and we need to explore it candidly and continuously, among and between our two countries, at every level of the public and private sectors.

The problem is neither Korea nor the United States have a coherent “China policy.”

South Korea’s used to be relatively simple: Korea looked to China as a key economic partner and essential to hopes for inter-Korean progress; the United States was the security partner and ally It was never as simple as it looked, and now the “China for the economy, U.S. for security” formulation has frayed. The economic space has been securitized. Most of the lines between economic and commercial activities and the security sphere have blurred or even disappeared, as we see in policy priorities to establish trusted supply chains and protect sensitive technology and intellectual property, or in the heavy-handed economic punishment China has meted out to South Korea and Australia for security policies it dislikes. South Korean public sentiment toward China has turned strongly negative. But South Korea must also consider the important Beijing-Pyongyang relationship, and Korea’s own geographical proximity and long and complex historical ties with China. Whoever wins the March presidential election, the new president will continue to face the challenge of positioning South Korea on a range of issues with China-related implications, from the Quad to Taiwan to the South China Sea.

It’s hard to remember now, but the United States national security strategy shift from one based on counterterrorism (the poorly-named “Global War on Terror”) to great power rivalry is relatively recent. Under Biden the early emphasis has been on strengthening alliances and partnerships, especially in Asia, and building multilateral cooperation through the Quad, AUKUS, and more. Secretary of State Tony Blinken gave a speech titled “A Free and Open Indo-Pacific” in Indonesia on Dec. 14 which was described by the New York Times as “downplaying direct confrontation” between the United States and China making a “soft-power” pitch that the United States is a better bet as a partner than China.

To me, and likely to many in Korea and throughout Asia, this is a welcome approach, as was the softer discourse of the Biden-Xi virtual summit on Nov. 15. But just as the Biden-Xi summit did not alter the established “strategic competition” lens through which Washington sees U.S.-China relations, Blinken’s speech mention of a “comprehensive Indo-Pacific economic framework” under development in Washington did not assuage the criticism that the United States has been missing-in-action on the trade front since withdrawing from the TPP. Nonetheless, Blinken and other officials have outlined a wide range of issues on which the U.S. is looking for greater cooperation with allies like South Korea, including supply chain resiliency, clean energy, decarbonization, infrastructure, democracy, vaccines and much more. Perhaps such functional cooperation, important in its own right, can help address regional and global challenges. But many will require a complicated public-private sector approach. And they fall short of being an articulated “China policy.”

I was a senior official at the State Department’s East Asia Bureau in 2005 when then-Deputy Secretary of State Robert Zoellick gave the speech in which he coined the term “responsible stakeholder” to describe our hoped-for future for China and U.S.-China relations. The Chinese even back then never liked the term; for one it was very difficult to translate, and perhaps found it condescending, or insincere. But I think it would be infinitely harder to have a “China speech” now, or to come up with a term to replace that earlier, discarded one. That’s probably why we got the “Indo-Pacific” speech first.

More important than a single speech or summit, what I take from my two weeks in Korea is that Americans and Koreans need to have continual, deep conversations about China, about our respective histories and relationships, and about our shared futures. Perhaps we can begin with a book club: On my flight back to Washington I took a break from Korean movies to reread a short 2021 book by Yale University Professor Odd Arne Westad entitled “Empire and Righteous Nation: 600 Years of China-Korea Relations.”

Westad dedicates the book, “To the united and peaceful Korea of the future.”

To achieve that future, we need to understand and better deal with the dangerous moment we are in. We’ll need some history for that.

Who’s more dependent on the other? (KOR)