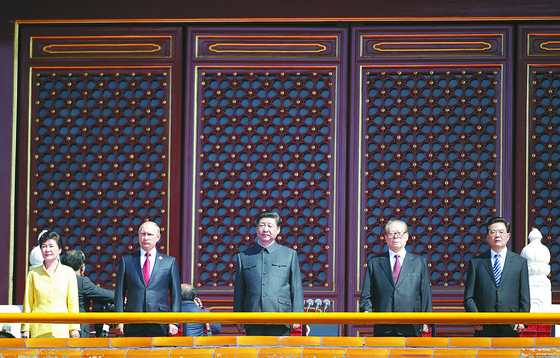 
“We welcome the international community and dignitaries to visit China and participate and support the 2022 Beijing Winter Olympics in various ways. I hope we can implement the Olympic spirit to get united with each country, showcase a frugal, safe and colorful festivity and promote mutual friendship and cooperation at the same time.”

The reaction by the Chinese spokesman is typical diplomatic rhetoric. Does “various ways” mean video or physical participation? Is the object of welcome “participation” or “support”? Which country is he referring to when he mentioned “get united with each country”? Is he talking about South Korea and China for “mutual friendship and cooperation?” Then how about North Korea?

In the press briefing, Zhao said everything but nothing. It is full of diplomatic remarks.

That day, Nikkei’s Beijing correspondent reported that China sent an invitation to President Moon, citing diplomatic sources from South Korea and China. And the correspondent reported that South Korea hadn’t responded as of December 20. The Japanese newspaper claimed that South Korea was being prudent due to the people’s worsening sentiment toward China and that President Moon visited China three times already without Xi Jinping’s visit to South Korea. Russian President Vladimir Putin announced a plan to attend the opening ceremony. The newspaper added that China sent invitations to Central Asian and East European leaders.

There had been a meeting of a South Korean leader — President Park Geun-hye — and Russian President Vladimir Putin, Xi Jinping, former Chinese presidents Jiang Zemin and Hu Jintao before. On September 3, 2015, the same group of leaders stood at the watchtower of Tiananmen for the military parade commemorating the 70th anniversary of the victory in the anti-Japanese war and anti-fascist world war. Korean, Chinese and Russian leaders as well as Central Asian and East European leaders were together at the time. A similar composition is expected for the opening ceremony in February. The “diplomatic boycott” of the United States seems to be another story for China and its friends.

Whether or not President Moon will promote “Pyeongchang Again” is solely an act of governing by a head of state entrusted with sovereignty. But I hope we will not see a Tiananmen déjà vu.